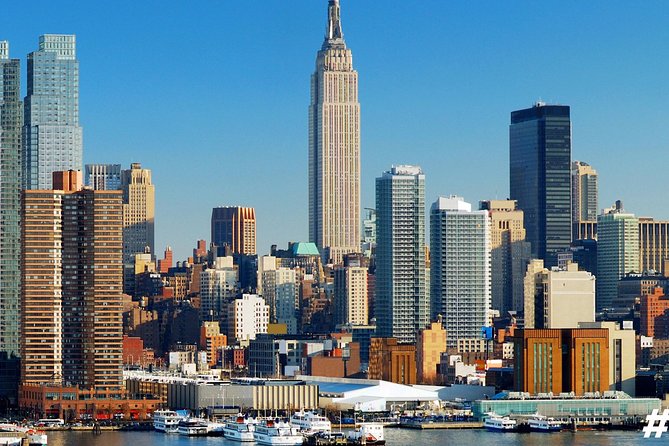 The new two-year partnership agreement between the two cities includes the sharing of best practices in tourism marketing and working with Virgin Atlantic to stimulate reciprocal travel.

“I’m incredibly proud that Marketing Manchester has secured what is undoubtably a very powerful partnership with NYC & Company. New York City is one of the top tourism destinations in the world and to be able to align ourselves with a city that we have so much in common with – especially in respect to being open, diverse and welcome destinations – is a huge coup and speaks volumes about Manchester’s increasing global profile.

“Marketing Manchester has been delivering strategic and tactical marketing in the USA for many years and this formal partnership – based on an agreement to share insights and intelligence, connections and collaboration opportunities and access to media infrastructure – is particularly significant as Virgin Atlantic will this year increase capacity by 65% on their non-stop flight to/from Manchester Airport/John F. Kennedy International Airport,” said Marketing Manchester managing director, Sheona Southern.

Fred Dixon, president and CEO at NYC & Company, added: “It’s a pleasure to announce our newest tourism marketing partnership with one of the United Kingdom’s most important Northern England cities. Both destinations are capitals of diversity and iconic hubs of arts & culture, sports and media. We believe there is outstanding potential to further develop joint tourism opportunities between Manchester and New York City. We look forward to collaborating with Marketing Manchester, Manchester Airport and Virgin Atlantic to further solidify this new alliance and in so doing, welcome more visitors to our welcoming urban destinations.”

The new tourism partnership between New York City and Manchester comes as Virgin Atlantic increases services between the two cities.

Now flying its largest aircraft on the Manchester to JFK route, the Boeing 747, Virgin Atlantic is increasing capacity out of Manchester to New York by 65 percent this winter. Virgin Atlantic is also excited to announce it will debut its iconic Clubhouse lounge in Manchester for the first time this Spring. With à la carte dining and a full-service bar, quiet working spaces and a spa, Upper Class customers and Gold Card members can relax and rejuvenate before their flight.

Juha Jarvinen, Chief Commercial Officer at Virgin Atlantic, commented: “We’re incredibly proud to be part of this partnership and look forward to working with NYC & Company and Marketing Manchester to drive more customers travelling between Manchester and New York City”.
“Growing our presence in Manchester is a huge focus for us – we recently increased capacity on our Manchester to New York route by 65% – and with additional services to Orlando, Barbados and Las Vegas we’re committed to offering customers more options than ever before from our home in the north.”

The city-to-city partnership includes the sharing of best practices in tourism marketing and destination management, including strategy around arts and culture, sports, and LGBTQ+ travel.

In 2020, New York City will celebrate several cultural milestones. The Metropolitan Museum of Art and American Museum of Natural History will both commemorate 150th anniversaries while the New York Botanical Garden in the Bronx will debut the first large-scale exhibition of Japanese artist Yayoi Kusama’s engagement with nature, including new works created specifically for the exhibit. The new Apollo Performing Arts Center in Harlem will debut in Autumn, 2020, marking the first physical expansion of the theatre in its 85-year history.

Additional 2020 developments include the observation deck Edge at Hudson Yards and the 50th anniversary of the New York City Marathon.

The Soil beneath our feet