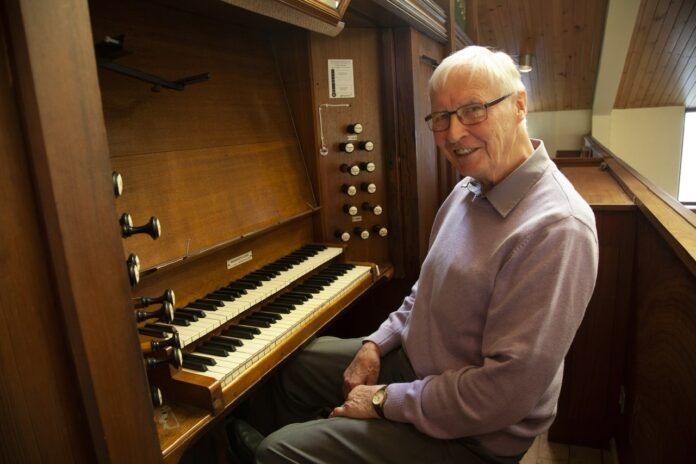 Gorton Monastery has been gifted an organ from a church in Eccles which will complete the next important part of the building’s restoration. The Monastery of St Francis and Gorton Trust is now setting up the Wadsworth Organ Appeal to raise £100,000 to cover the cost of dismantling, repairing, reconfiguring and rebuilding the Victorian instrument which has almost 1,000 pipes.

The Trust has, for many years, wished to reinstate an organ after the original one, installed in 1888, was stripped out and sold for scrap when the Monastery was sold to developers who planned to convert the grade II* listed building into luxury apartments.

A quarter of a century ago the great-great-grandson of author Charles Dickens, Christopher Charles Dickens, a professional organ restorer before he retired, had fond memories of the Monastery’s Wadsworth Victorian organ, and was keen for it to be replaced. He became the first patron of The Monastery of St Francis and Gorton Trust, the charity set up 25 years ago by Elaine and Paul Griffiths. Sadly Christopher died before the Monastery received significant funding for its restoration so he never realised his dream to hear an organ play again in the Monastery. However, in his will he asked for donations to various charities, many of whom Charles Dickens had setup, but at the end of the list was the Monastery of St Francis and Gorton Trust.

Fast forward to 2020, and in the midst of the lockdown, Elaine Griffiths received a letter from David Emery, the treasurer and organist at Patricroft Methodist Church in Eccles, Salford. The church had closed and the Monastery was being offered their organ at no cost other than paying for the removal and installation in the Monastery’s organ loft. Remarkably the Patricroft church organ was made by Wadsworth, the same firm who made the Monastery’s, it was only a few years older and similar to the one the building had lost.

Elaine Griffiths, chief executive of Gorton Monastery said: “In recent years the idea of replacing the organ hadn’t been a priority, but when this opportunity arose we couldn’t turn it down. It’s a beautiful piece of Victorian heritage and we know it will sound magnificent when played to its full brilliance in the Great Nave. It will be wonderful to host organ recitals and see brides walk down the aisle to the sound of an organ once more. We now need to raise the funds to ensure the Monastery can be filled with organ music as the Franciscans had intended. Organs are having a revival and, if funds allow, we can add some digital technology to allow it to be played remotely.

“Our volunteer and trustee, Janet Wallwork told me that Widor’s Toccata was the last piece of music played in the Monastery before it closed in 1989. Wouldn’t it be fantastic if, once reinstated, it was also the first piece to be played on our ‘new’ organ.”

David Emery, the treasurer and organist at Patricroft Methodist Church in Eccles said: “When we decided that the church would have to close, we thought it would be wonderful if the organ, which was still performing well, could be found a new home, rather than being scrapped. We then discovered that The Monastery just happened to have also had a Wadsworth organ from the 1880s, so ours would make a perfect replacement. We made contact, and the rest, as they say, is history, and we are so pleased that the organ will be having a new life, and staying in the Manchester area.”

The Monastery asked Andrew Sixsmith of George Sixsmith & Son, a church organ specialist based in Mossley in Tameside, to manage the project. Andrew’s father, George, had worked for Wadsworth & Co until Wadsworth’s closed.

Andrew Sixsmith from George Sixsmith & Son explained: “The organ from Eccles is from the same manufacturer, of the same period, and is a similar size to the Wadsworth organ that had been originally installed in the Monastery. However, every organ is individual, so the instrument from Patricroft will need to be reconfigured and rebuilt to fit the new space. Before being reassembled all the hundreds of pipes will be carefully cleaned. We will need to make many new parts and blend and fit them to the original Wadsworth parts. The organ has been carefully transported all the parts, weighing several tonnes, back to the workshop.”

It took several days to dismantle and move the organ and it will take many months to reconfigure it and install it in its new home.

Donations to the Wadsworth Organ Appeal can be made through the Just Giving page or via the Monastery’s website   www.themonastery.co.uk.