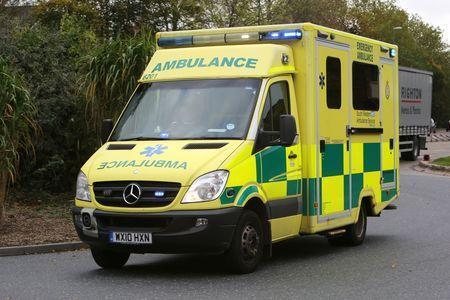 Four people have been arrested after man in his 20s was taken to hospital with potentially life changing injuries after being stabbed in Altrincham.

The attack happened around 4.30 in a park close to Whitlow Avenue, and the man remains in a critical condition in hospital

The offender is then believed to have fled to a property on Craven Drive and was followed by a group of around ten people, one of whom was armed with an axe. The offender subsequently fled the property and scene.

An adult male and a male in his teens, were arrested on suspicion of a range of offences including public order and possession of an offensive weapon. They both remain in custody for questioning.

A female in her teens, was also arrested on suspicion of conspiracy to commit  assault. She remains in custody for questioning.

Later that day, two women were assaulted by another woman close to Atlantic Retail Park. It is believed this assault was in connection with the earlier incident. The two women received minor injuries that did not require hospital treatment.

A 24-year-old woman was arrested on suspicion of assault. She has since been released on bail.

A full investigation has been launched and enquiries are ongoing.

Detective Inspector Nicola Walton of Trafford CID, said: “This was a shocking and brutal assault that took place in broad daylight and has left a young man in hospital in a critical condition. Our thoughts are with him as he receives the urgent medical treatment he needs.

“We believe this assault to have been a targeted attack but we recognise the concern and upset events such as this can have amongst the community. I want to reassure the public we are working at pace to piece together what happened yesterday evening and we have made four arrests so far in connection with it.

“We have also increased high visibility patrols in the area and would appeal to anyone with concerns or information to speak with officers. If you witnessed the assault or have information that could assist our investigation then please contact police as soon as possible.”

Jailed for 30 months for her role in a series of robberies in Bury...