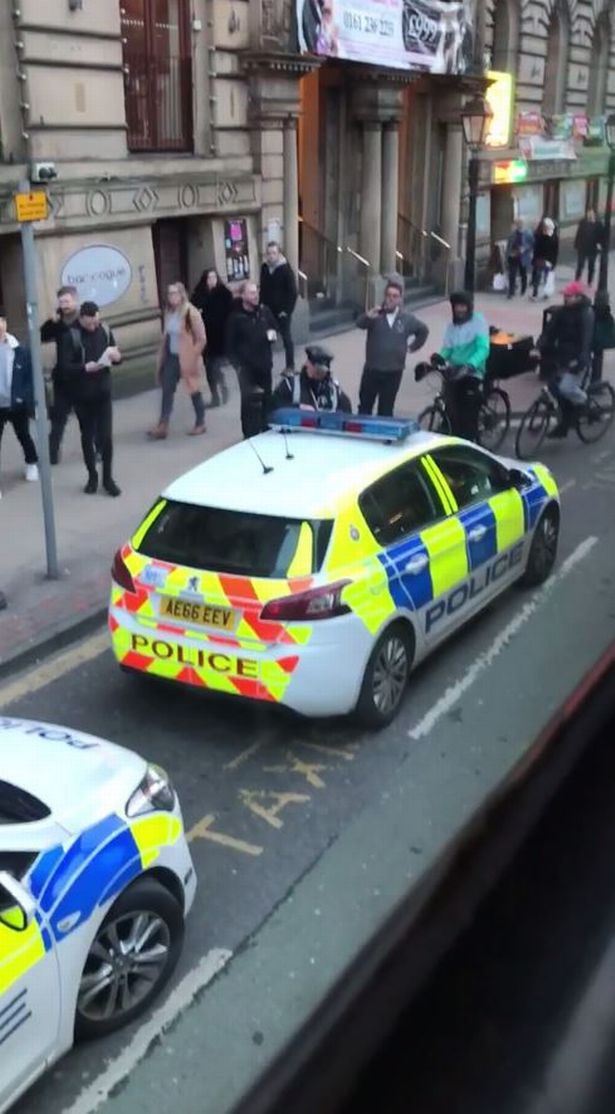 A 45-year-old man has been arrested on suspicion of being drunk and disorderly and assaulting a police officer after an incident in the City Centre when a police car was given a parking ticket.

Two officers were responding to a grade one emergency call following reports that a man had been assaulted on Portland Street in the city centre.

On arrival at the scene, officers chose to park in a taxi rank as the only other viable alternative would have been to block a bus lane.

Whilst the officers were arresting a man, the police car was given a parking ticket.

An officer approached the parking warden to question the decision to give officers responding to a violent incident a ticket, during which time the second police officer was assaulted.

Superintendent Chris Hill, of GMP’s City of Manchester division: “Police officers deal with emergency incidents on a daily basis which sometimes means they have to contravene parking rules but they will always make every effort to minimise disruption and are trained to do so.

“We understand that parking wardens follow lawful guidelines when issuing tickets and we are currently working with the council to address any procedures that could penalise officers responding to incidents.

“As such, the decision to give the police car a parking ticket will be appealed in line with an agreed policy with the council where exceptions can lawfully be made for emergency response vehicles.

“We will continue to work closely with our partners from Manchester City Council to ensure we take learnings from this incident.”

Three Czechs charged with Human Trafficking in Gorton and Levenshulme