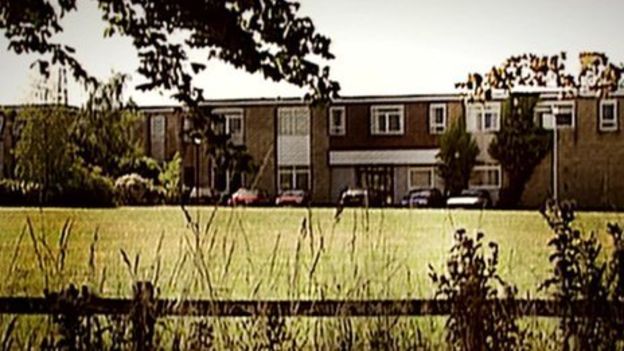 The Independent Inquiry into Child Sexual Abuse has published its report into the institutions where children were placed by Rochdale Council, following three weeks of public hearings in October 2017.

The report highlights the lost opportunities to prosecute the former MP from the town Cyril Smith and also the evidence of former council leader Richard Farnell as being shameful.

The report also found that “no one in authority viewed child sexual exploitation as an urgent child protection issue. Rather, boys as young as 11 were not seen as victims, but as authors of their own abuse.”

The damning report highlights the vulnerability of the children at the council-run Knowl View School and how the institution failed to keep pupils safe from harm for 25 years. It finds staff complacent and arguably complicit.

Sexual exploitation of boys was also happening in the town centre, the bus station and the Smith Street public toilets which were across the road from the council’s offices. The report catalogues the total lack of urgency on the part of the authorities to treat the matters as serious sexual assaults; boys as young as 11 were not regarded by those in authority as victims but as authors of their own abuse.

The Inquiry heard evidence about sexual abuse at Cambridge House Boys’ Hostel. It outlines the lost opportunities to prosecute former Rochdale MP Cyril Smith (who was Honorary Secretary of Cambridge Boys’ Hostel) in relation to allegations of child sexual abuse, and the unwillingness of those at the highest level to recognise that a person of public prominence was capable of perpetrating child sexual abuse.

The report is also clear that the Inquiry did not believe the evidence of Richard Farnell, then leader of Rochdale Council, who resigned some weeks after giving evidence about child sexual abuse in council-run establishments. His refusal to accept responsibility for events is described by the Inquiry as shameful.

Farnell denied being aware at that time of what was occurring at the school for which, ultimately, he had responsibility. In the light of other evidence
we heard, the inquiry did not believe him.

The report says that it defies belief that Mr Farnell was unaware of the events involving Knowl View School, especially within the context of a public
scandal in 1990–91 about children in the care of Rochdale Council. It also rejected the notion that Mr Farnell was not alerted by the then Chair of Education, the late
Mary Moffatt, about a further potential risk to the reputation of the Council, let alone its statutory duty of care towards abused children.

Regarding Mr Farnell’s final statements at the hearing, it was shameful that he refused to accept any personal responsibility for the young lives blighted by what
happened at the school while he was Leader. Instead, he laid all blame for what occurred at the door of the senior offcials in Education and Social Services

“After listening to the evidence presented by a number of victims and survivors in Rochdale at the time, I am deeply disturbed at the evidence of extensive abuse and the institutional responses to that abuse.

“Many of those who testified to their abuse have never had the opportunity to seek justice through the courts. I hope that the public hearings and this report has offered them some measure of acknowledgement for their suffering.”

Cyril Smith first came to prominence as a local councillor, then Mayor and later as Member of Parliament from 1972 until his retirement in 1992. He died in 2010.

Cambridge House was a hostel for working boys run by a voluntary organisation of which Smith was Honorary Secretary, and was open from 1962 to 1965. He had ready
access to the boys living in the hostel, allegedly facilitating his sexual abuse of them under the guise of ‘medical examinations’ including, in most cases, of a boy’s private parts. He also administered punishment for truancy, illness or absconding, which included spanking a bare bottom. He told police in a written statement in 1970 that
at all times he was acting ‘in loco parentis’ to the boys, but the inquiry found it inexplicable that he thought his role permitted ‘medical examinations’ when he had no medical qualifications.

He had considerable control over which boys were admitted to the hostel and, in general, showed a strong, perhaps unduly detailed, interest in children
in care as his political career developed. This interest appeared to go unchallenged by the Council.

Cyril Smith’s prominence and standing in Rochdale allowed him to exert influence on others locally – in particular, to put pressure on them to keep quiet about any
allegations of abuse. Although the Lancashire Constabulary investigation into Smith pursued the allegations robustly and diligently, the Director of Public Prosecutions
advised that there should be no prosecution. It has been suggested that Smith or his supporters may have exerted improper influence on the Director of Public
Prosecutions, but there is no evidence to support such an allegation.

Valuable opportunities were, however, lost in 1998 and 1999 to charge and prosecute Smith during his lifetime, and for the complainants of his alleged abuse to seek justice.

Child sexual abuse involving children from Knowl View occurred from its early years onwards. Within the school there was sexual abuse of boys by staff, and of
younger boys by older ones. Sexual exploitation of some boys was also taking place in Rochdale town centre, in the public toilets and bus station, by men paying for sex.
Some boys were also traffcked to other towns for that purpose.

In a particularly shocking incident in 1990, Roderick Hilton, a known sex offender who had previously been convicted of sexually abusing a boy at Knowl View in 1984, gained
access to the school and the boys over two nights, when he indecently assaulted at least one of them. Hilton was well known to the staff of the school, who did nothing
over many years to deter him targeting the school. He was imprisoned in 1991 for a series of child sexual offences. Despite this, on his release from prison on licence,
he continued to be a malign presence at the school, ‘little’ was done to stop Hilton’s continued access to the grounds and buildings.