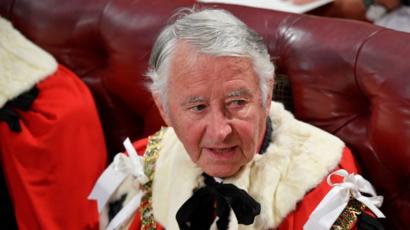 David Steel has resigned from the Lib Dems and quit the House of Lords following criticism at his handling of allegations of child abuse against Cyril Smith.

His reesignation follows a damning report earlier today from the independent inquiry into child sexual abuse which has has concluded that Political institutions have significantly failed in their responses to allegations of child sexual abuse for decades .

Lord Steel came in for particular criticism for failing to investigate allegations against Smith, whom he recommended for a knighthood without “confronting him to ask if he was still committing offences against boys”.

The report says: “Lord Steel should have provided leadership. Instead, he abdicated his responsibility. He looked at Cyril Smith not through the lens of child protection but through the lens of political expediency … When attending the inquiry, far from recognising the consequences of his inaction, Lord Steel was completely unrepentant.”

Last year under oath he told the Independent Inquiry into Child Sexual Abuse into that Cyril Smith, the former Rochdale MP, confessed to him in 1979 that the child abuse allegations against him were true.

Manchester launches a Design Manifesto for the city