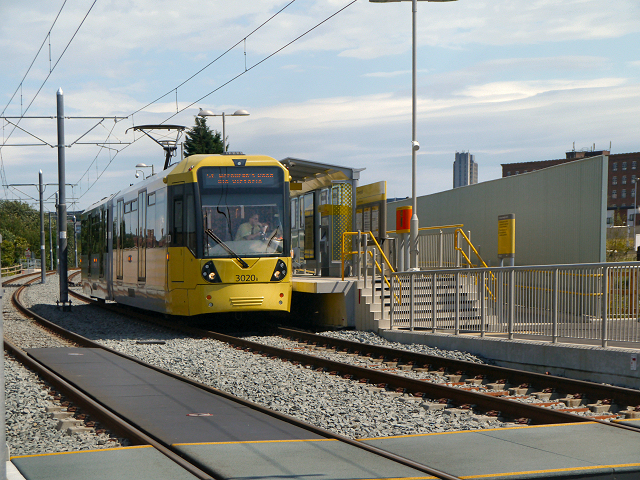 The MP Jim McMahon is calling for action on the Rochdale and Oldham Metrolink Line for crime and anti-social behaviour that needs addressing.

In a meeting with Greater Manchester Mayor Andy Burnham and Deputy Mayor Bev Hughes this week, The MP for Oldham West and Royton discussed the ongoing public concerns about safety on the Metrolink system (and in Oldham Town Centre and around stations) with the police and Transport for Greater Manchester.

There was an acknowledgement that the level of crime was not acceptable and in addition to the impact on victims, it was having a serious impact on public confidence.

McMahon outlined the scale of the problems faced by local people including examples of attacks, robberies and anti-social behaviour.

Recently increased enforcement activity has taken place on the tram and the Oldham and Rochdale line has seen an increase in patrols.

Macmahon emphised the need to build a high profile operation to rebuild public confidence, a single plan which brings together all agencies including TfGM, GMP, the council’s community safety, street-lighting, youth services and community organisations.

He asked for a community safety audit of every tram station and its immediate vicinity (beyond the station platform) and emphised that Patrols are needed beyond the tram itself and must include the areas around the tram stations by officers with the power of arrest.

The plan would include dealing with magnets attracting groups to particular locations.

This would include patrols and positive engagement of young people.

There was also a need  to review the design and use of stations to make the public feel safer.

This would include extending contactless payments on the tram rather than the need to use the platform payment machine which can make people feel vulnerable. He also  raised again placing a live information board at pavement level so those being dropped off can judge when to go into the platform for the approaching tram.

The figures presented by the Police and TfGM support concerns raised by local people and there was an acceptance that a different approach was needed  and it must be seen to be making a difference.

It was also suggested that there should be a zero tolerance enforcement in the tram itself with reports of drug usage, drinking and general anti-social behaviour being too common.

The Mayor was positive and firm that this must be a priority.

“The vast majority of people use the tram without any issues. However we must acknowledge that there is a real problem which crime and anti-social behaviour that needs addressing too.

“I welcome the Mayor’s firm stance that tackling this issue must be a priority.

“We agreed to pull together a plan and reconvene in September. In the meantime I’ve agreed to put my points in writing and I will use this to highlight the impact on constituents who have been the victim of an attack.”