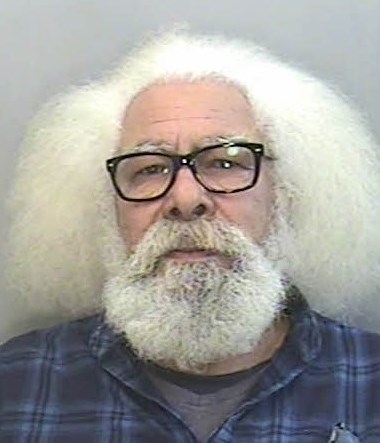 A man who abused young girls throughout the 90s in Rochdale has been jailed after pleading guilty to a catalogue of sex offences.

In 1992, Jamieson was living in the Rochdale area when he was introduced to two young girls, aged 4 and 6 at the time.

He befriended the girls’ family and would often find himself alone with the children, even after he moved to an address in Moss Side and Chorlton in Manchester.

On numerous occasions between 1994 and 2000, when he was alone with the girls at his home, he would ply them with drugs and alcohol before sexually abusing them.

Through these girls, Jamieson met three other young girls who he would also go on to abuse.

He would often tell the girls, who knew him as ‘Jay Lloyd’, that ‘adults can be friends with children’.

The abuse of the girls stopped in 2000 before Jamieson moved to other areas of England before finally settling in Torquay and lived under the alias ‘Whyat Sommerville’.

In 2017, one of the victims bravely came forward and reported everything to police and an investigation was launched.

Detectives were able to track Jamieson down and he was arrested in Torquay. When interviewed about the allegations made against him, he confessed to a large number of them and said he ‘always knew this day would come’.

Detective Constable Ben Harris, of GMP’s Sunrise team, said: “Jamieson is a sexual predator whose depravity knew no bounds as he preyed on young girls to satisfy his own sickening desires.

“He abused these girls for years without giving it a second thought because he was only concerned with himself and his urges, ignoring the fact that these were young, vulnerable children that trusted him.

“He will now spend the next 11 years in prison where he is unable to hurt anyone else or be around children in any capacity.

“However, I want to stress that this result could not have been achieved today had it not been for the immense bravery shown by Jamieson’s victims in coming forward and working with the Sunrise team to bring him to justice.

“I can only imagine the full impact Jamieson’s offending must have had on them and their lives but I hope the knowledge that they played a key role in securing the conviction of a dangerous man and getting him off the streets will bring them some comfort.”

Gail Hopper, Director of Children’s Services for Rochdale Council, said: “The scale of Jamieson’s offences shows what a depraved individual he is.

“Our Sunrise Team works tirelessly in tackling CSE and educating people on spotting the signs to both prevent incidents of this type happening and to also bring perpetrators to justice and this is evidence of that work.

“The strong sentence handed down is very pleasing and reflects the success of the team’s efforts and the astounding bravery of the victims.

“Our specialist adult care support team have continued to offer support to some of the victims of this horrendous case, who are now adults and their support will continue for as long as it is needed.”

29 year old woman in serious but stable condition after being attacked in Strangeways...