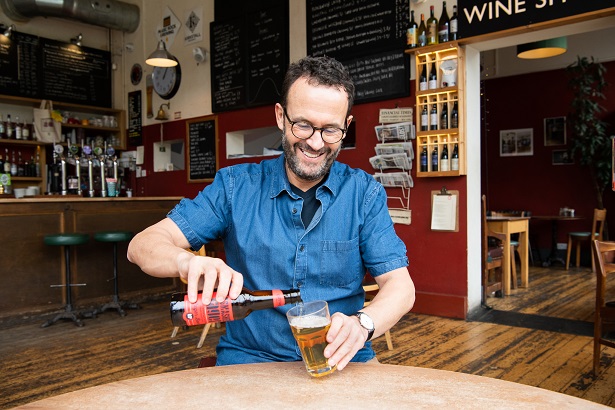 The recommendations to the government have come from the Wine and Spirit Trade Association (WTSA), and it would increase the amount of alcohol allowed in an alcohol-free beverage from 0.05% to 0.5%.

Clark and others claim that this would add confusion for customers aiming to limit their alcohol intake this holiday season, or those who don’t drink at all.

Richard Clark said: “We think this could seriously undermine the great strides that have been taken by many British manufacturers and brewers to produce outstanding, truly alcohol-free drinks.

“There are calls to standardise the category by calling everything 0.5% and below ‘alcohol free’ but this is a lazy approach and ignores the great technical and brewing strides made by many brands to remove alcohol from drinks.”

But many believe that increasing the threshold for alcohol free drinks to 0.5% in line with most of Europe, gives more freedom to creators and will assist in the free movement of goods between the countries.

Mr Clark has been an innovator in the industry for many years, and leaving his high profile job after being hospitalised for 12 weeks gave him the opportunity to launch ‘SMASHED’ in 2019.

SMASHED produces premium alcohol-free drinks including pale ale, larger, citrus beer, and cider, which are all 0.05% ABV and less than 100 calories per 330ml bottle, and vegan or gluten free where possible.

Earlier in his career he also launched Crabbies alcoholic ginger beer, and has a flavoured gin with well-known brand Whitley Neill.

Mr Clark raised and invested over £1.4million in the UK’s only cool vacuum distillation plant which removes the alcohol from craft beer and cider gently, and retains the characteristics and flavour of the original drink.

He said: :“All our SMASHED drinks start life as Real small-batch craft Beer and Cider with a minimum 5% abv and then we delicately remove the alcohol.

“This leaves behind a complex full flavoured craft beer and cider just minus the alcohol. You wouldn’t know you were drinking something with no alcohol.”

He has since launched a ‘Know Your Nolo’ campaign, calling for the entire industry to work together to increase transparency through legislation on ABV, but also on the brewing, fermentation or distillation process, as this affects the taste of the end product in many cases.

He said: “Alongside some other British brands we strive to demonstrate our integrity and commitment to consumers by producing alcohol-free drinks that are derived from genuine alcoholic drinks.

“There is a real opportunity for all brands across the whole NoLo spectrum, but consumers want manufacturers to be straight with them. Consumers appreciate the respect shown them in being given the chance to make their own informed choice.”

For more information on No and Low alcohol drinks, the production methods and official alcohol classifications by alcohol volume visit https://drynks.store/pages/know-your-no-lo

HS2 was no more than a vanity project claims civil servant