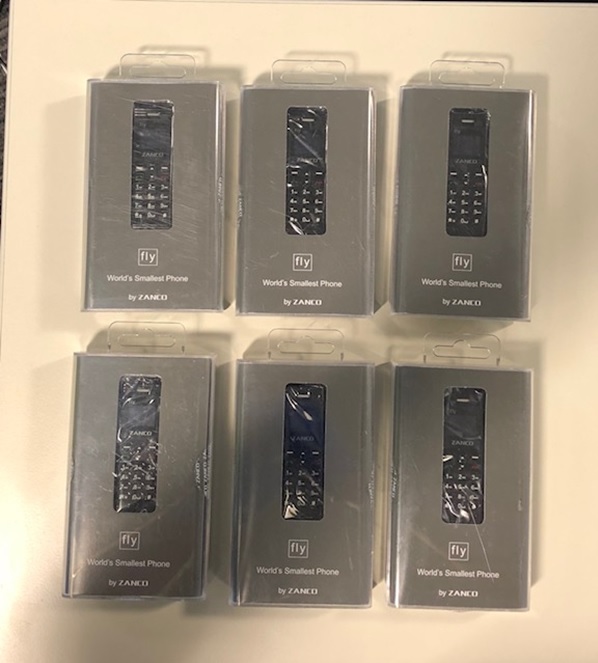 The four, who pleaded guilty to conspiracy to convey prohibited articles into prison were apprehended as part of Operation Dragonfire.

The six individuals were part of a Liverpool-based organised crime group led by Brown from his cell at HMP Manchester who conspired to smuggle cheap micro-sized mobile phones into the prison, where they could be sold for between £350-500 to other inmates.

Brown, who was jailed in 2006 for firearms offences, coordinated the operation with Duffy to exploit vulnerable people into taking the phones into prison on their behalf.

But their plot unravelled on Monday 13 March 2017, when prison officers observed something being passed between visitor, Paul Maddocks and prisoner, Simon Gibb, in the visiting room at HMP Manchester.

Maddocks was arrested and interviewed by police. He admitted passing the two phones to Gibb and intending to pass the third.

Also, police suspected that Brown and Duffy had pressured Gibb and Maddocks, at no point did either man make any attempt to seek help from prison staff or the police.

Four days later, on Friday 17 March, Duffy was arrested in a BMW, parked on a side street near to HMP Manchester. She was found in possession of six new micro-sized phones, sim cards, cling film and lubricant, waiting to hand the items to Carberry and Stoddart so they could smuggle them into the prison.

In the minutes following her arrest, her mobile phone received two missed calls from a contact named ‘Jason Newest One’. It also displayed a message from the same caller that read: “If u can wrap the phone up and cut the charge piece properly with it it’s gonna save time’.

It transpired that both Carberry and Stoddart had been booked for a visit on Friday 17 March to see another prisoner, whom police believe had also been exploited by Brown to receive the phones.

Previously, on Thursday 2 March 2017, prison officers found Brown flustered by the window of his cell and the following morning, a micro mobile phone was discovered on the floor of the exercise yard by prison staff. After being examined, the phone showed contact with Duffy and Stoddart, proving Brown had thrown it from his cell the day before.

“There are no excuses for having mobile phones inside prisons. All contact between inmates and the public can be made lawfully via visits, letters and using the official prison landline phones.

“As the court heard, mobile phones can be used by inmates to continue criminal activity such as drug dealing, witness intimidation and potentially plan an escape.These sentences show that smugglers will get caught and will go to prison.”

Jailed for life for murdering his mother in law and claiming that she killed...