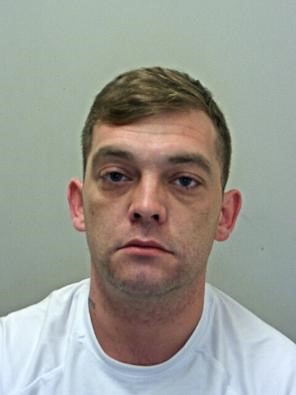 A driver has been jailed after hitting an eight year old child and fleeing the scene in Bacup.

Anthony McKenna, 34, of Newchurch Road, Bacup was sentenced to 24 months imprisonment at Preston Crown Court for his involvement in the collision which happened on Thursday, June 24th.

McKenna’s BMW struck a boy, 8, as he was crossing on a scooter on Newchurch Road, leaving him unconscious with serious head injuries. He was taken to Manchester Children’s Hospital to be treated and is still recovering from his injuries.

McKenna was traced by officers within days and was charged with causing serious injury by dangerous driving, failing to stop at the scene of an accident and other driving offences linked to the incident. He pleaded guilty to these at a previous hearing.

The officer in charge of the investigation, Sgt Michael Higginson said: “To think that McKenna was able to drive off after leaving a young boy unconscious on the road is beyond belief.

“He was already disqualified from driving and shouldn’t have been behind the wheel that day, which he knew. I am thankful that we were able to find him quickly and wish the victim and his family well as he continues to recover from his injuries.”

Cheetham Hill Bank Fraudster jailed for four and a half years