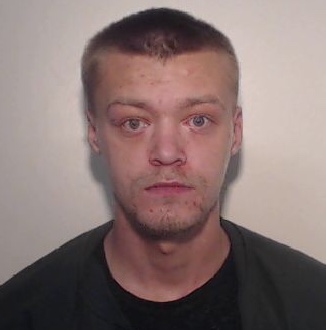 Twenty seven year of Nial Healey of Sam Cowan Close, Moss side, was found guilty of six counts of rape, and pleaded guilty to one count of assault occasioning actual bodily harm.

Healey was sentenced to life in prison with a minimum term of 12 years.

During the course of his trial, the court heard how Nial Healey was at an address with the victim and a number of other people on the evening of 31 May 2018 before leaving in the early hours of the following morning.

At around 4am, Healey spotted the woman walking home and decided to launch his attack. He punched the woman,who is in her 40s, on the head and chest, causing her to fall to the floor. She tried to hide by crawling underneath a car, but Healey did not cease his attack.

He then led the woman to a house where he forced her in to a bedroom and repeatedly raped her. He threatened to “smash her head off every wall” if she screamed for help.

It was 5pm the following day, almost 13 hours later, when Healey finally let the woman go and she could make her escape from the house.

Detective Constable Kimberley Hames-Evans, of GMP’s Serious Crime Division, said: “In this case a life sentence is the only sentence that goes some way to reflecting the amount of harm Healey has caused to the victim and I hope this sets a standard.

“I want to commend the absolute courage, determination and bravery of the victim for coming forward and cooperating with the police and justice system over during this investigation and subsequent trial. The love and support from her family and friends has enabled her to come this far, which is testament to the good in most people rather than the bad in those few who commit these appalling offences.

“Greater Manchester Police will continue to work hard to bring these offenders to justice and together with our partners we will support the victim’s through the process.”

Jailed after he travelled to Syria to fight ISIS