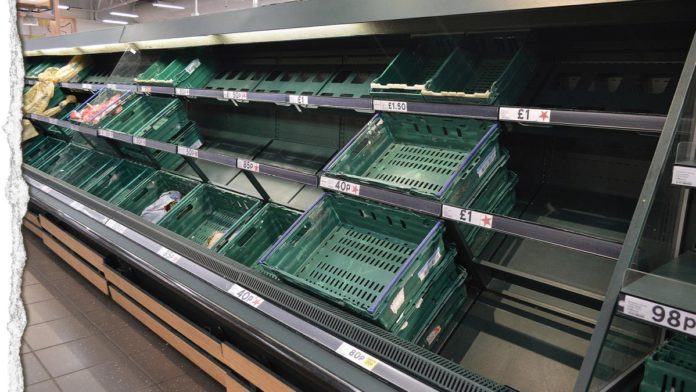 Whitehall documents detailing plans for a no deal Brexit have been leaked.

The Sunday Times has published Operation Yellowhammer, which warns  of shortages of fresh food and fuel and concludes that it will be unsustainable to have a soft border on the Island of Ireland.

Plans to abolish import tariffs would force British oil refineries out of business, leading to industrial action and shortages.

The City of London fears of dramatic shifts in sterling, for an industry that contributed £132bn to the economy last year, equivalent to 6.9% of total output, any interruption to its business is significant, and there could behalt online sales and bank transfers

Northern Ireland is facing “significant” energy price rises in the event of a no-deal.

Troops and curfews are among options to halt public disorder after no-deal Brexit.

The effects of Brexit could last at least three months with a range of vulnerable people including the elderly could be hardest hit with rises in prices and shortages.

‘Britain’s head of counter-terrorism has warned that the UK’s security would suffer from a no-deal Brexit with the government’s contingency plans revealing that “enforcement data and information-sharing between UK and EU will be disrupted”.’

Ministers knew that HS2 could go well over budget