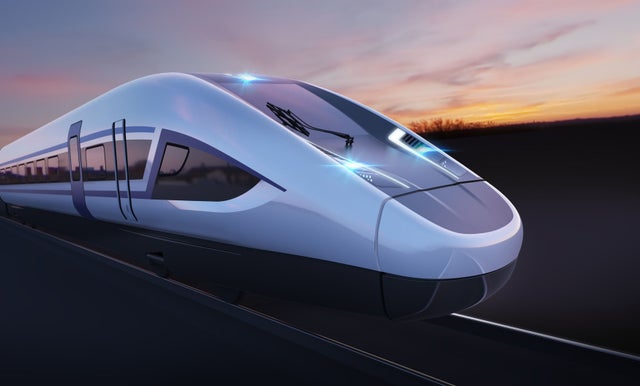 The Government insists it is a draft but the leaked report on the future of the High Speed Rail link suggests that the project will go ahead but with the link to the North being downgraded.

According to the leak the report suggests that “Y”-shaped section stretching from Birmingham to Manchester and Leeds be paused for six months to consider whether these new sections of line might comprise a mix of conventional and high-speed track instead.

The HS2 Chairman Doug Oakervee concludes that “on balance,” Europe’s biggest infrastructure project should proceed — but warns costs could yet spiral a further 20 percent to more than £100 billion.

Greater Manchester’s Mayor Andy Burnham, speaking on Radio Four’s Today programme said that Manchester should not end up with a second class solution which he said was systematic of the distribution of money between the North and South.

Andy Carter, the newly elected Tory MP for Warrington North. “We support [the PM’s] ambition of leveling up across the North and investment into the Midlands … but I think there are ways we can achieve that that are different to HS2,” he told BBC Radio 4’s The Westminster Hour last night. “I do think we need to look very carefully at whether this is the right project … Getting from Manchester to Leeds, getting from Warrington to Liverpool, is a priority for people that live in the north of England. I suspect that priority is well ahead of getting down to London.”

Police have identified three bodies found in Blackley as man arrested for fraud is...

Every day counts as charities call for Government support