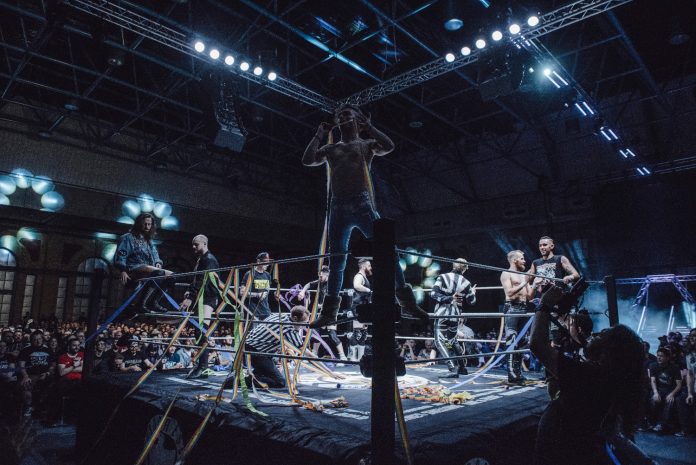 What to expect? Loud, adult violence, grown men and women losing themselves in the moment and an atmosphere unrivalled throughout pro wrestling.

Started by three friends (stand-up comedian Jim Smallman, musical theatre star Glen Joseph, and former comedy promoter Jon Briley) and running shows in London since March 2012 and Manchester since 2015, Progress has sold every single ticket it has ever put on sale. In 2017 it played outside the UK for the first time, with shows in Orlando, New York, Boston and Cologne.

In 2018 it will return to both the USA and Germany, as well as playing shows in Australia for the first time – all in addition to its busiest UK schedule to date.

They are no stranger to historic venues – in 2016 it sold out the O2 Academy Brixton; in 2017 it sold out Alexandra Palace; in May 2018 they returned to Ally Pally for 3 nights, and in September 2018 the company will run the biggest independent pro wrestling show in England for 30+ years when it runs at The SSE Arena, Wembley.