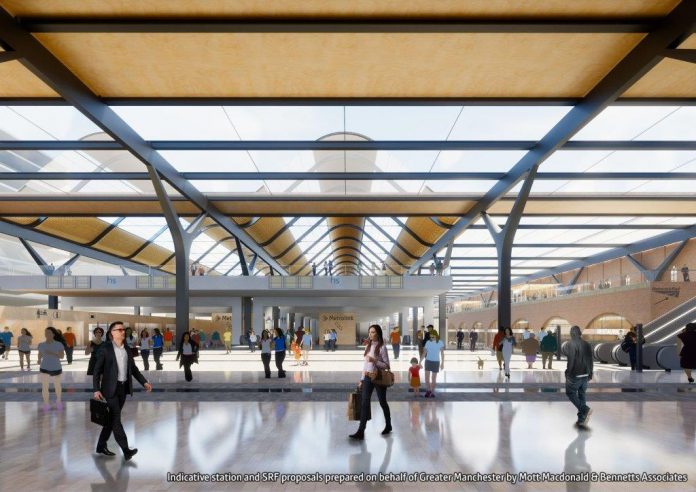 Greater Manchester’s senior politicians, business leaders and economic experts will be joined today joined by Northern Powerhouse Minister Jake Berry MP to launch the region’s ambitions for high-speed rail and the crucial part it will play in stimulating growth and opportunity across the north.

The strategy – ‘The stops are just the start’ – details how HS2 and Northern Powerhouse Rail (NPR) will deliver new jobs, new homes and new opportunities for Greater Manchester at the heart of the Northern Powerhouse, helping unlock the untapped growth potential within the north of England.

It also stresses the importance for Manchester Piccadilly to ‘build it once and build it right’ – maximising benefits and minimising disruption by turning the station, and a new station at Manchester Airport, into true integrated transport hubs that link international, national, regional and local services. 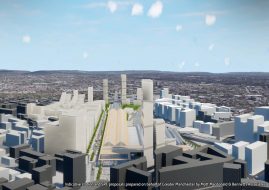 If Greater Manchester’s preferred option of a tunnelled high-speed facility at Manchester Piccadilly is adopted, then the area around the re-developed station is expected to provide 40,000 new and sustainable jobs, 13,000 new homes and close to a million square metres of commercial development.

The arrival of HS2 and NPR at Manchester Airport also offers the opportunity to create a brand new station that both respects the natural setting and creates a new diverse neighbourhood with homes, offices and hotels, as well as the potential for 20,000 new jobs over the next ten years.

High-speed rail and improved north-south and east-west connectivity is a fundamental building block to improving quality of life and promoting the north as a place to work, study, live and invest.

HS2 is set to arrive in Greater Manchester by 2026 with full operations in place by 2033, while the business case for NPR is set to be complete by the end of this year.

Business leaders from major companies, university representatives, community Leaders and officials from the Greater Manchester Combined Authority were informed how both Manchester Piccadilly and Manchester Airport rail stations could be redeveloped to maximise the future opportunities for jobs, housing, growth and local regeneration delivered.

Key aspirations include the improvement of journey times and capacity between the major northern cities and their connections to London.

Northern Powerhouse Rail will connect Manchester to Liverpool, Leeds and Sheffield in around 30 mins and to Newcastle and Hull in under 90 mins.

This will enable them to operate as a single economic unit that can function as much more than the sum of its parts. This dramatically improved connectivity is fundamental to realising the north of England’s untapped potential and rebalancing the national economy.

The area around the re-developed Manchester Piccadilly is expected to provide 40,000 new and sustainable jobs, 13,000 new homes and close to a million square metres of commercial development while locally to Manchester Airport it is expected that 20,000 new jobs will be created in the next ten years. 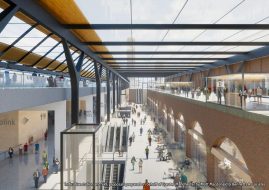 HS2 will transform the capacity and connectivity of Britain’s rail network. It will not only provide new, fast travel options between our towns and cities and to Manchester Airport, but will also free up significant capacity on our existing rail networks, enabling more people and goods to be moved by rail. These benefits are multiplied further when combined with proposals for Northern Powerhouse Rail (NPR).

In the recent Industrial Strategy green paper, the Government acknowledged that for too long, the country’s economic growth has been too concentrated in London. For the UK to reach its full potential, all cities and regions need to perform at the highest level, particularly as the country moves to reshape its economy in preparation for leaving the European Union.

“This Government is spending more than any other in history – over £13billion – to upgrade the transport network across the Northern Powerhouse.

“The HS2 Growth Strategy highlights the extensive opportunities and benefits that HS2 and Northern Powerhouse Rail will bring to the region.

“We very much welcome its ambition and look forward to today marking the start of an going collaborative relationship, as we work together to develop a bold Northern Powerhouse transport vision that benefits passengers, drives regeneration, and gives value to taxpayers.”

The step change in connectivity that will be delivered by both HS2 and NPR is essential for supporting the ambition for an increasingly successful Northern Powerhouse economy, with Greater Manchester at its heart. These major transport investments will support a doubling of the economic output of Greater Manchester to c. £132bn by 2050.

Greater Manchester is a booming city region and with a growing population and increasing employment market that will require an additional 227,000 homes in the next 20 years and will result in a requirement of more than 600,00 additional public transport journeys per day.

“This strategy shows how HS2 could bring huge benefits to Greater Manchester and the whole of the north.

Not only will it bring much needed improvements to transport connectivity, it could also make the areas around Manchester Piccadilly and Manchester Airport major centres for economic growth.

But we will only realise the full potential of HS2 if we redevelop Piccadilly in the right way, by maximising both the space for development and the frequency of cross-northern services.

This is an opportunity to lay the right foundations for the Northern Powerhouse we all want to see. It is about securing the connectivity and prosperity of the north for the rest of this century. I will work constructively with the Government to make sure we get these decisions right.”

The arrival of HS2 and NPR in Manchester city centre will be the economic catalyst for turning Piccadilly into the kind of landmark that HS1 has made London St Pancras. The strategy document argues for the absolute necessity to build Manchester Piccadilly once and build it right so that it accommodates the current rail network, Metrolink operations and high-speed connectivity ensuring that the customer experience is as stress-free and enjoyable as possible.

Seven regeneration and growth zones have been identified that will bring 19,000 jobs within a mile of the new integrated station.

“Investment in HS2 and Northern Powerhouse Rail is a once-in-a-century opportunity, not just for Manchester and Greater Manchester but for the north of England as a whole. It has been estimated that if the full potential of the north is unlocked an extra 850,000 jobs can be created by 2050 and improved transport connections are absolutely fundamental to that. That’s why getting this station investment right is so crucial and that’s why we say the stops are just the start.

“The Council has developed strategic regeneration frameworks for Piccadilly and neighbouring Mayfield using its considerable experience to set out a vision for delivering jobs and homes.”

Manchester Airport is already the UK’s principal international gateway outside of London and provides access to a range of international destinations with over 70 airlines operating to around 210 destinations worldwide. It also plays an important freight role, with a particular specialism in handling high-value and time-sensitive cargo.

Greater Manchester Enterprise Zone is already a thriving commercial site but high-speed rail connections will further support an area driven by the economic activity generated by the airport, Airport City and MediPark (a 500,000 sqft development of offices, laboratories and manufacturing plants in Wythenshawe, being created by the University Hospital of South Manchester, to attract major life science and health innovation companies).