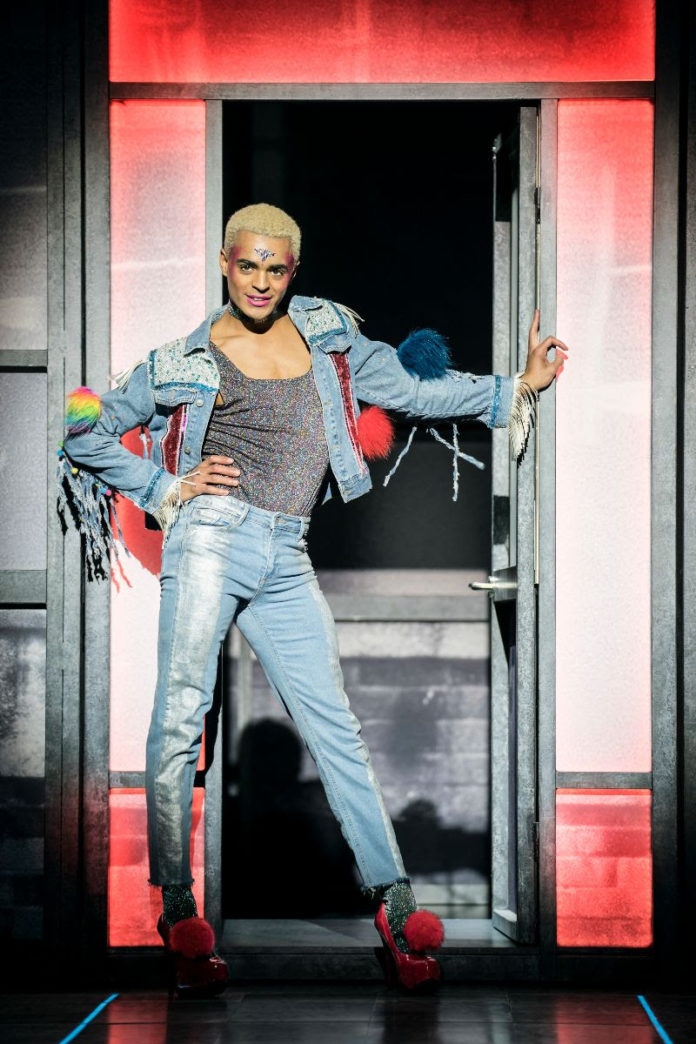 the smash-hit, critically acclaimed West End musical is coming to The Lowry from Tue 21 July to Sat 1 August 2020 as part of its first UK tour starring Layton Williams (Bad Education, Billy Elliot the Musical) as Jamie New and Shane Richie (EastEnders) as Hugo / Loco Chanelle. Both Layton and Shane will be reprising their roles from the West End production.

Layton Williams said: “I’ve loved my time in the West End but am beyond excited to be playing Jamie on tour! This will be my 6th tour and I can’t wait to come back to some of my favourite venues with this beautiful show. I hope you’ll welcome me back with open arms as we share this beautiful story and spread love across the U.K! See you’s soon…”

Shane Richie said: “I had such a fantastic time playing Hugo/Loco Chanelle in Everybody’s Talking About Jamie in the West End, so when I was offered the chance to be involved in the touring production I jumped at the opportunity to get back into those heels! I believe this show has such an important message for younger and older generations I’m excited to be taking it to a larger audience around the UK.”

Nica Burns, Producer of Everybody’s Talking About Jamie said: “Since Everybody’s Talking About Jamie opened in early 2017 at the Sheffield Crucible, written by a virgin British musical theatre writing team and performed by a large cast of mostly new faces, all our dreams for the show have come true. We are a hit! In November we will be starting our third year in the West End! The movie is currently shooting in Sheffield! We have won awards! Now we are going to be playing 20 cities nationwide led by two of our brilliant West End stars, the superb Layton Williams as Jamie and the wonderful Shane Richie as Hugo / Loco Chanelle. Fittingly, we are looking forward to opening our national tour back at its home in Sheffield on the 4th anniversary of its first performance.”

Layton Williams plays Jamie New. Layton is one of the most exciting talents in UK theatre. He has been playing Jamie New in the West End production of Everybody’s Talking About Jamie since January 2019. Layton recently performed as Angel in the UK Tour of much-loved musical Rent, for which he received great reviews and in the Sheffield Crucible production of Kiss Me, Kate.

On screen Layton is known for playing the character Kylie in the BBC’s Beautiful People, and for playing the lead alongside Jack Whitehall in the critically acclaimed BBC comedy Bad Education and follow up film.

Layton began his career as one of the boys who played the title role in the West End production of Billy Elliot the Musical. He then went on to star as the original Young Michael Jackson in Thriller. Further theatre credits include the role of Seaweed in Hairspray and the touring production of Matthew Bourne’s The Car Man.

Layton is an anti-bullying and LGBTQ+ activist.

Shane Richie plays Hugo/Loco Chanelle has had a hugely successful career in theatre, film and television spanning four decades and is a regular fixture on primetime television. He is best known for his role as Alfie Moon in the BBC’s EastEnders which he first started playing in 2002 and for which he has won several industry awards and accolades including Best Actor at the Rose d’Or Television Festival.

FIZZ! By Frizzenti Is Now Open At Manchester Arndale