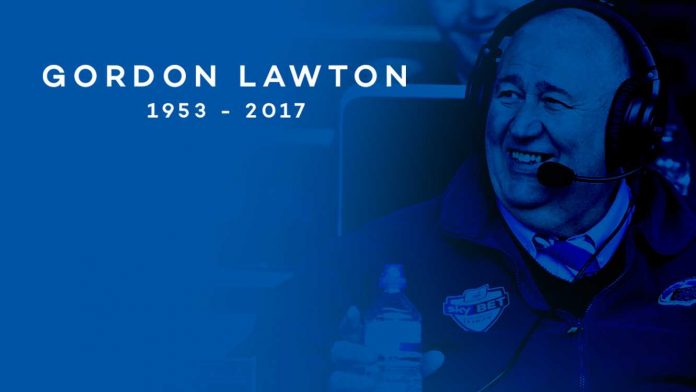 Gordon, who sadly passed away in June aged 63, received the award posthumously for his 31 year service to Oldham Athletic.

Gordon was the heart and soul of the football club and a familiar face to all at SportsDirect.com Park.

He held a number of roles at the club during his 31 years including programme editor, club commentator, media manager and football secretary.

His award was accepted by his wife, Lorraine.