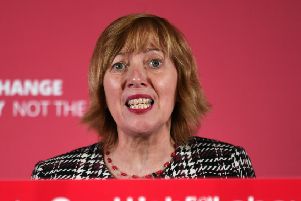 Labour is today unveiling a series of reforms to transform the workplace for women.

Dawn Butler, Labour’s Shadow Secretary for Women and Equalities, has called it a “step-change in how women are treated at work”.

Among the proposals are an increase Statutory Maternity Pay from 9 to 12 months, allowing all working mothers or parents to spend a full year with their new born babies before going back to work;

Giving all workers the right to choose working hours that suit them from day one of the job and requiring large employers to introduce a menopause workplace policy to break the stigma associated with the menopause.

“Next Thursday, it is equal pay day, the day when women effectively stop getting paid for the rest of the year compared to their male counterparts. It’s a disgrace.

“I’m sick of how women are treated at work. Audits aren’t enough, we know there’s a problem that needs fixing. So we will do something about it.

“We’ll also extend the amount of time a new mother can spend with her newborn by extending Statutory Maternity Pay to 12 months, so that all mothers can  afford to spend those vital early months with their baby.

“Labour will deliver a workplace revolution to bring about a step-change in how women are treated at work. We’ll boost pay, increase flexibility, and strengthen protections against harassment and discrimination.

“After years of our concerns being ignored, it’s time for real change.”