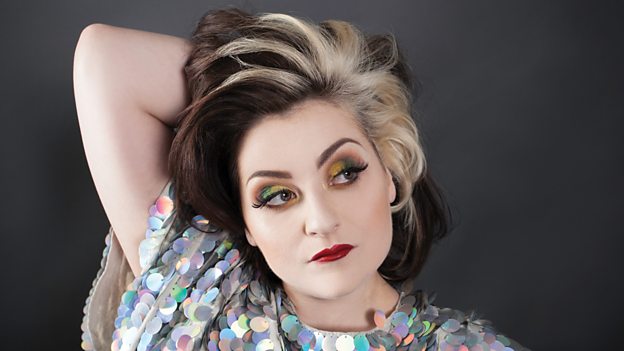 The bursary, which was launched in memory of comedy star Caroline Aherne, is aimed at writer/performers and awards £5,000 to the successful applicant to enable them to fund future development of their work. Kiri will also receive mentorship from a BBC Comedy Commissioning Editor to develop a comedy script.

A regular on BBC radio, Kiri has appeared many times on The Now Show, The News Quiz and is the host of Radio 4 Extra’s Newsjack. She has also appeared on Live At The Apollo, Have I Got News For You, 8 Out Of 10 Cats, Would I Lie To You and The Russell Howard Hour (for which she is also a writer). Already a hugely popular regular on the comedy circuit, Kiri is director and co-writer of the Edinburgh Comedy Awards Best Newcomer nominated Gein’s Family Giftshop and cult hit sketch group, Tarot. Her true crime podcast with Rachel Fairburn, All Killa No Filla, is a phenomenon with over 350,000 monthly listeners.

Kiri says: “I’m utterly overwhelmed to be chosen for the Caroline Aherne Bursary. I adore Caroline so much, in fact, I was too intimidated to put myself forward at first, she’s an absolute icon. I’m now so glad that I did. I think the previous two recipients are fantastic and what an honour to be associated with Caroline in any way, now I can pretend my endless rewatching of Mrs Merton and The Royle Family is for work and not just me being a creepy fan girl.”

Shane Allen, Controller BBC Comedy Commissioning says: “Just as Caroline embodied the spirit of working-class northern comedy that she brought to the masses, Kiri represents all that is vibrant and distinctive about the Welsh working class sense of humour and we will support her to bring that unique voice and talent to national prominence. By way of demonstrating how vital this bursary is in fast-tracking emerging talent, seeing Sophie deliver her first sitcom within 18 months of being awarded this bursary makes our little old comedy hearts burst with pride.”

Designed to find, develop and support rising comedy talent, the bursary was named in honour of the late award-winning comedy writer and performer Caroline Aherne, who created The Royle Family and Mrs Merton. BBC Comedy Commissioning launched the bursary scheme at the Salford Sitcom Showcase in July 2017, calling applicants to submit filmed content of comedy characters. Since it launched the winners have been Sophie Willan and Amy Gledhill.

The winner of the inaugural award, Sophie Willan, has written and will star in the comedy pilot Alma’s Not Normal. The 30-minute New On Two pilot is set in Sophie’s home town of Bolton, and she draws on her own unusual life experiences, offering a truly authentic comic voice to the pilot. It follows Boltonian wild-child Alma Nuthall and her family of eccentric, unruly women. Broadcast details will be confirmed in due course.

Over 870 drivers caught speeding after first week of enforcement campaign