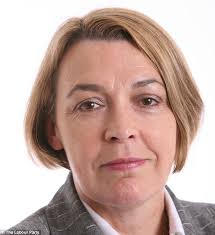 Barbara Keeley MP, Labour’s Shadow Cabinet Minister for Mental Health and MP for Worsley and Eccles,has slammed the government’s Green Paper on and described the Tories record on young people and mental health as shocking

The government has published proposals to improve mental health support for children and young people in England announcing that over £300 million has been made available to fund them.

Proposals include encouraging every school and college to have a ‘designated senior mental health lead’.

Commenting on the announcement of measures contained within the new Children and Young People’s Green Paper, Keeley said:

“This announcement leaves many unanswered questions, in particular whether the reported funding will amount to new investment and whether the incentives offered will lead to every school being able to offer proper mental health support to their pupils.

“What is clear, however, is that the Tories’ record on children and young people’s mental health has been shocking, with a postcode lottery of provision across Child and Adolescent Mental Health services and many long waits for treatment.

Coronavirus found in semen of young men with COVID-19