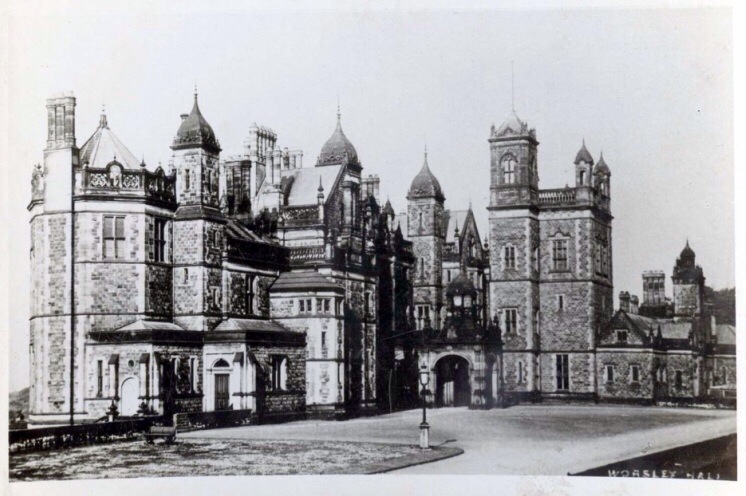 The death was announced of the Earl of Ellesmere, the third holder of the Earldom, created in 1848 and which was a continuation of the ancestral line of the Dukes of Bridgewater.

Resident of Worsley Hall, he died in London and was described as an unlucky sportsman who had spent an Insuperable amount of money on horses but had won very little.

The Ellesmere estate to the North West of Manchester was in 1914, small in comparison to many of the country’s landed estates at around fourteen thousand acres but sat on some of the richest coal deposits in the country

News was coming from Russia that Rasputin had been stabbed and was lying at death’s door after being attacked by a strange women, stabbed with the military in the abdomen, who claimed that he was a false prophet and was leading all astray.

Rasputin enjoyed influence at the Russian court well above his status largely thanks to the fact that he claimed he could cure the heir to the throne of hemophilia.

The Liverpool docks were on strike with the threat that the stoppage would move to Salford. So far Manchester was unaffected although it was known that a ship was leaving with cargo destined for Liverpool that day.

A two year old child from Boston street in Hulme was knocked down and killed by a tram car. It was reported that the child ran out of the house out of sight of her foster mother.

An explosion took place in mailbags that were being conveyed from Blackpool to Manchester. No one was injured and the explosion was attributed to suffragettes.

Meanwhile there was a strange accident outside Salford station when a Oldham man returning from Blackpool stepped out of the carriage onto the parapet of a bridge thinking he was on the platform. He fell forty feet crashing through the glass roof of a motor carriage and was badly injured.

A man from Hulme drowned on his firms annual picnic on the river Severn at Shrewsbury after his boat overturned.Two of his colleagues managed to scramble to shore.