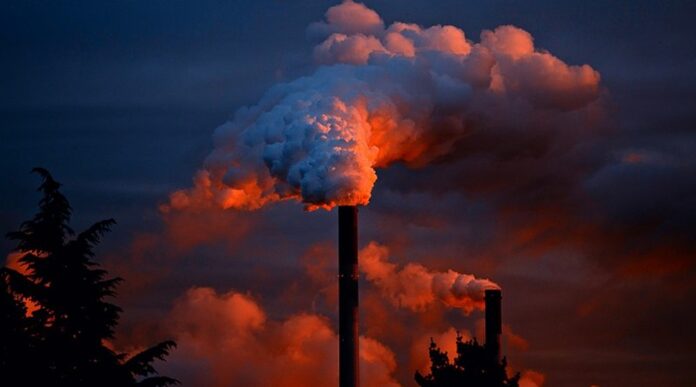 New research shows 64 countries cut their fossil CO2 emissions during 2016-2019, but the rate of reduction needs to increase tenfold to meet the Paris Agreement aims to tackle climate change.

This first global stocktake by researchers at the University of East Anglia (UEA), Stanford University, the University of Exeter and the Global Carbon Project examined progress in cutting fossil CO2 emissions since the Paris Agreement was adopted in 2015.

Their results show the clear need for far greater ambition ahead of the important UN climate summit in Glasgow in November (COP26).

While emissions decreased in 64 countries, they increased in 150 countries.

In 2020, confinement measures to tackle the COVID-19 pandemic cut global emissions by 2.6 billion tonnes of CO2, about 7% below 2019 levels.

The researchers say 2020 is a “pause button” that cannot realistically continue while the world overwhelmingly relies on fossil fuels, and confinement policies are neither a sustainable nor desirable solution to the climate crisis.

Professor Corinne Le Quéré of UEA, who led the analysis, said: “Countries’ efforts to cut CO2 emissions since the Paris Agreement are starting to pay off, but actions are not large-scale enough yet and emissions are still increasing in way too many countries.

“The drop in CO2 emissions from responses to COVID-19 highlights the scale of actions and of international adherence needed to tackle climate change. Now we need large-scale actions that are good for human health and good for the planet.

“It is in everyone’s best interests to build back better to speed the urgent transition to clean energy.”

Professor Pierre Friedlingstein, of the Department of Mathematics and the Global Systems Institute at the University of Exeter, said: “We saw a record decrease in CO2 emissions in 2020 due to the COVID-19 pandemic and its lockdown measures across the world.

“However, when looking at the pre-pandemic trend in emissions, we find that over the period 2016-2019, on average, the developed countries only reduced their emissions by about 0.8% per year.

“This is massively below the decrease in emissions needed to limit future warming to well below 2°C.”

Annual cuts of 1-2 billion tonnes of CO2 are needed throughout the 2020s and beyond to avoid exceeding global warming within the range 1.5°C to well below 2°C, the ambition of the UN Paris Agreement.

The world has warmed by over 1°C since the Industrial Revolution because of emissions of greenhouse gases from human activities.

Emissions decreased even when accounting for the carbon footprint of imported goods produced in other countries.

Thirty of 99 upper-middle income countries also saw their emissions decrease during 2016–2019 compared to 2011–2015, suggesting that actions to reduce emissions are now in motion in many countries.

The growing number of climate change laws and policies appear to have played a key role in curbing the growth in emissions during 2016-2019.

There are now more than 2,000 climate laws and policies worldwide.

However, the authors say unless the COVID-19 recovery directs investments in clean energy and the green economy, emissions will likely start increasing again within a few years.

The nature of the disruption in 2020, particularly affecting road transport, means incentive to expedite the large-scale deployment of electric vehicles and encourage walking and cycling in cities are timely and would also improve public health.

The resilience of renewable energy throughout the crisis, falling costs and air quality benefits are additional incentives to support their largescale deployment.

Investments post-COVID continue to be overwhelmingly dominated by fossil fuels in most countries, in contradiction with climate commitments, including in the United States and China.

The European Union, Denmark, France, the United Kingdom, Germany and Switzerland are among the few countries that have so far implemented substantial green stimulus packages with limited investments in fossil-based activities.

“Greater ambition is now backed by leaders of the three biggest emitters: China, the United States and the European Commission.