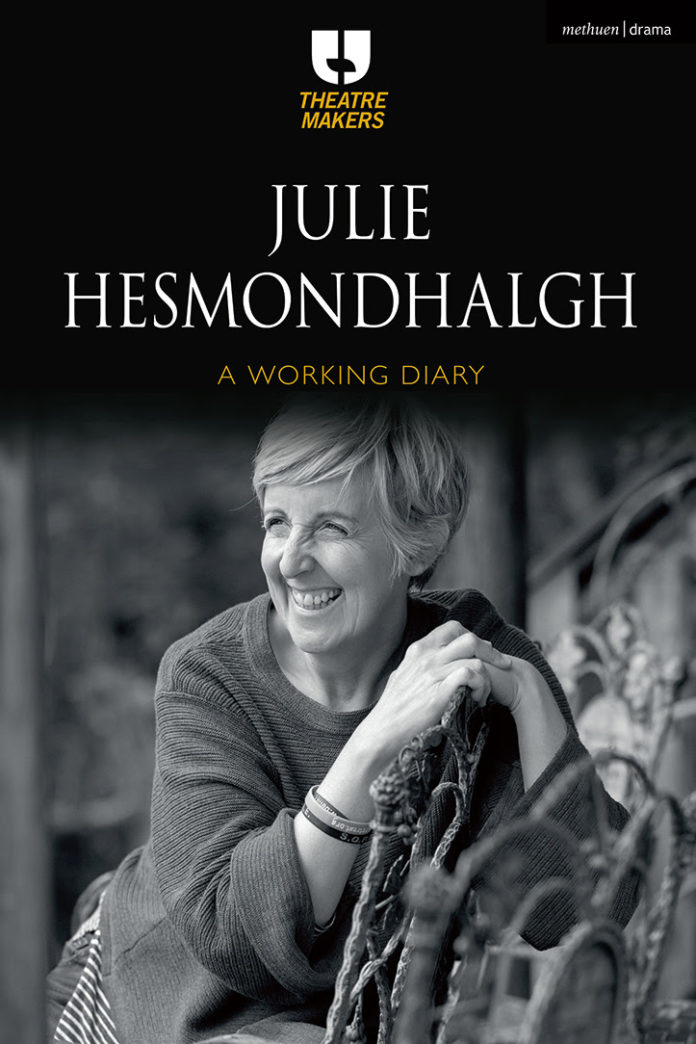 On Sunday 24 February, The Rivals Bar at The Royal Exchange will be hosting a special event. Actor, Julie Hesmondhalgh will be reading excerpts from her new book, A WORKING DIARY followed by a Q&A.

Julie’s working diary begins in November 2016 at the end of a full and exciting year of theatre-making with her company, Take Back which fell between starring in the award-winning play WIT at The Royal Exchange and filming the third series of ITV’s Broadchurch.

The diary begins as Julie prepares to rehearse with Mike Leigh for his epic film, Peterloo and takes in her unique experiences of working in film, TV and radio drama against a backdrop of huge political changes – as well as the terrible events at Manchester Arena – and balancing her family life.

Throughout the book Julie passes on the knowledge and experiences she has accrued in this fascinating – and often very funny – year-long journal. Julie says:

“It was a huge honour to be asked to write a diary of my working life as part of the Theatre Makers series for Methuen Drama at Bloomsbury.

I couldn’t have anticipated what a full and varied year of work it would be, and how many huge changes would take place in the world at that time.

“I hope that there’s a bit of something for everyone in the book:

from people who are interested in the  machinations of the industry to those trying to break into it, from theatre-makers to theatre-goers, from Corrie fans to aficionados of the legendary Mike Leigh; and especially those trying to make sense of this crazy world through their work. I am especially proud that the proceeds of the book will go to the wonderful Arts Emergency.”