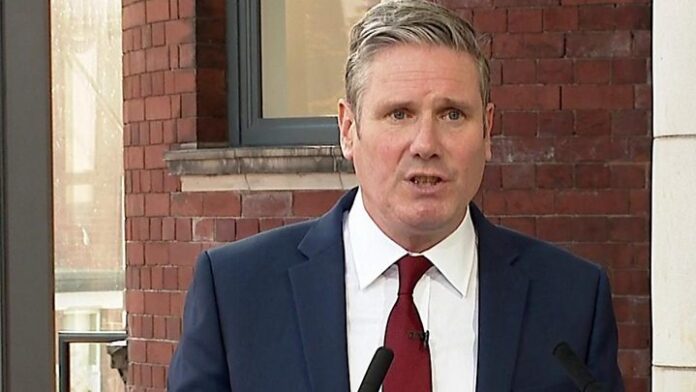 The Labour leader Kier Starmer has told his party conference test the Government is failing its people.

“Sadly we don’t have a Government that has such high standards,” he says, adding that “It angers me that this Government is holding us back.”

Starmer describes the failings, including PPE and schools chaos, as well as the “national scandal” of the “failure to protect care homes”.

“It makes me angry that just when this country needs leadership we get serial incompetence,”

“Nobody blames the Government for the existence of the virus” but the under-investment of the NHS and other public services is “all on them” he says.

“Crisis reveals character like nothing else and we have learned a lot about this Prime Minister… he is just not serious, he is just not up to the job,” says Sir Keir, saying he tries either to “wish it away or lashes out”.

Earlier in his speech Starmer said that there was nothing inevitable” about a second lockdown.

Government failure, not an act of God” and would damage the economy further.

“The Prime Minister has had months to prepare for this but instead of getting a grip, he lost control”, he says, pointing to the problems in the testing system.
“We all need the Government to succeed,” he adds. “This is the time for leadership.”

Appeal for Blood donors over Xmas