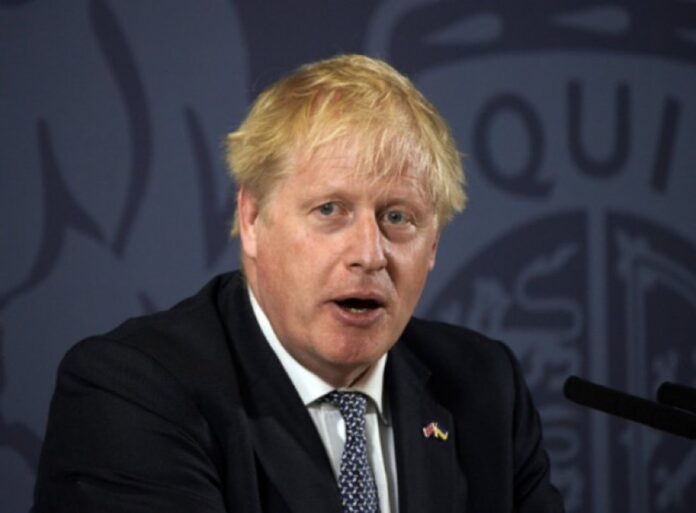 Boris Johnson has announced plans to boost home ownership, by expanding right-to-buy policy and including benefits in mortgage affordability checks

Telling an audience in Blackpool that “We will finish the right-to-own reforms Margaret Thatcher began in the 1980s” he announced a new right-to-buy scheme, with “one for one replacement of each social housing property sold”, and plans for leaseholders to buy their own freehold

He said that he wants to make it easier to get a mortgage as he announces a review of the mortgage market, to report back this autumn

“First-time buyers are trying to hit a continually moving target,” he says adding that for many people every week and month that goes by “the dream of home ownership recedes further into the distance”

Currently tenants in council homes are eligible to buy their homes at a discounted price, up to 70% off the market value dependent on how long they have lived there.

However, the scheme is less generous for those in homes owned by housing associations.

Extending the scheme could benefit up to 2.5 million tenants who would gain the right to buy, freeing them up to become homeowners, and add value and make improvements to their home as they wish. The Government will work closely with the housing association sector on the design of the scheme.

Social housing will always play an important role in our society, so the Prime Minister will also commit to the building of replacement social homes for each one sold.

Just as no generation should be locked out of home ownership because of when they were born, so nobody should be barred from that same dream simply because of where they live now.

For four decades it has been possible for council home tenants to use a discount to buy the property they live in.

Over that time almost two million people have been helped into home ownership.

They have switched identities and psychology, from being dependent on the state for every repair – from damp-proofing to a new front door – to being in charge of their own family home, able to make improvements and add value as they please.

In order to turn more members of ‘Generation Rent’ into ‘Generation Buy’ the government will also launch an independent review of access to mortgage finance for first-time buyers, with the aim of making it easier for this group by widening access to low-cost, low-deposit finance such as 95% mortgages.

Currently, soaring house prices, stringent mortgage lending restrictions and high deposit requirements are hampering the ambition of many young people who want to own their own home. Over 50% of today’s renters could afford the monthly cost of a mortgage but various constraints mean only 6% could immediately access a typical first-time buyer mortgage.

This will be the first comprehensive review of the mortgage market for a decade, seeking bold and innovative steps that Government and industry can take to support more first-time buyers into homeownership.

“This speech was yet more evidence that the Prime Minister and his tired government are out of ideas. You can’t solve a housing crisis with back of the envelope policies that have no realistic chance of success. “Every family deserves the security of their own home, but under the Conservatives housing has become more insecure and unaffordable. Homeownership rates have plummeted.”

“Nearly 200,000 socially-rented homes have been sold off. The impractical proposals announced today will do nothing to fix that.”

“Another attempt by PM to reset his leadership – just as lacking in vision & detail as previous ones.Tories have failed miserably to build enough affordable housing for years on end – that’s what will help solve housing crisis, not a reheated right to buy”