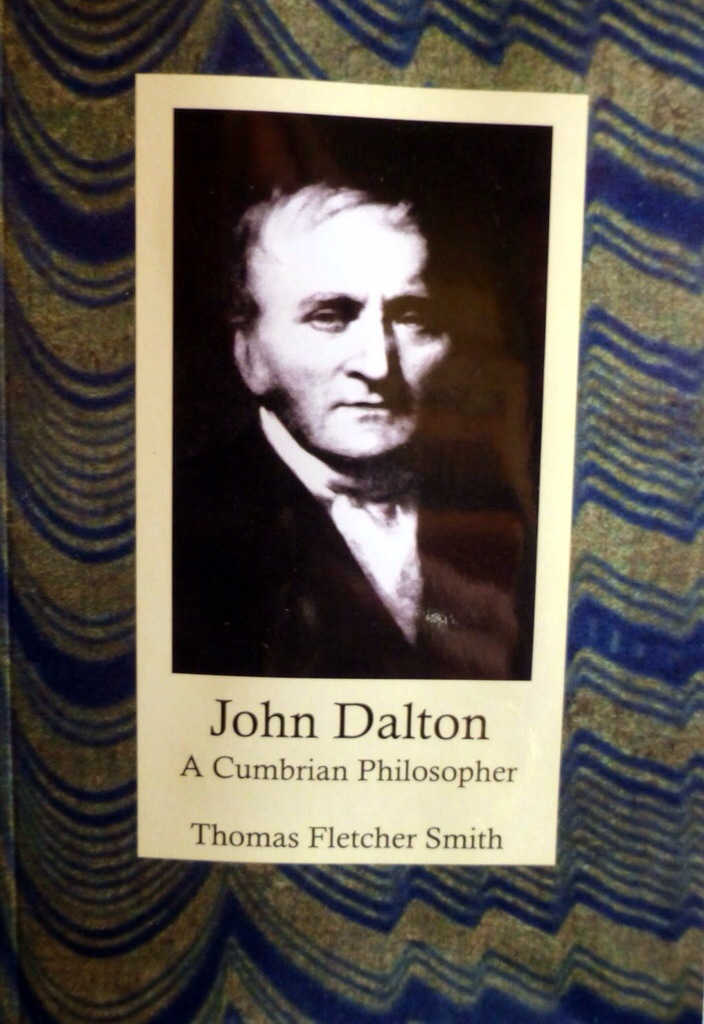 A new book on John Dalton, celebrated chemist and propounder of the atomic theory, has been published.

Dr. Tom Smith tells the story of the man behind the science, a man generally thought of as being Mancunian but whose heart always belonged to the Land of the Lakes.

He was born in Cumberland in 1776, to a poor, Quaker handloom weaver in Eaglesfield, first to teach in Kendal, and then to Manchester where his brilliant insights into the structure of matter based on his careful work, made him the father of modern chemistry.

However Dr Smith shows how much of Dalton’s work was shaped by those deeply early years in Eaglesfield and Kendal, constantly observing and collecting, particularly plants and butterflies. He was naturally curious and needed to investigate everything.

His enquiring mind and appetite for study would come to the attention of local landowner Elihu Robinson, sharing his particular interest in meteorology .

By the age of twelve the young boy was teaching the local children in a barn in his village and at fiveteen would move to Kendal where he would meet another well connected Quaker the Blind Scholar John Gough who encouraged his study of meteorology when he started a daily weather record which he would continue for the rest of his life.

Dalton’s atomic theory was based on his interest in meteorology, the nature of water vapour and clouds and water, he observed could sometimes disperse itself into a lighter air. mixture of ‘airs’ with different properties. If these substances were different,why didn’t they separate out into different layers?

Dalton would propose that all the atoms of each element weighed the same, that the particular weight could be different for different elements and that atoms of different elements combined with each other in simple fixed proportions to make larger atoms which would become known as molecules.

He lived the rest of his life, unmarried, lodging in a friend’s house, in Manchester, but he returned every year to the Lake District fells and rejoiced in the peace and splendour which they offered: “The moon, risen, but not above the mountains, cast a glimmering light upon the rocky hills just opposite and produced a fine effect. These circumstances, together with the awful silence around, would have persuaded us we had been transferred to some other planet.”

John Dalton: A Cumbrian Philosopher is available from Bookends, 56 Castle Street, Carlisle, and 66 Main Street, Keswick, and from www.bookscumbria.com.