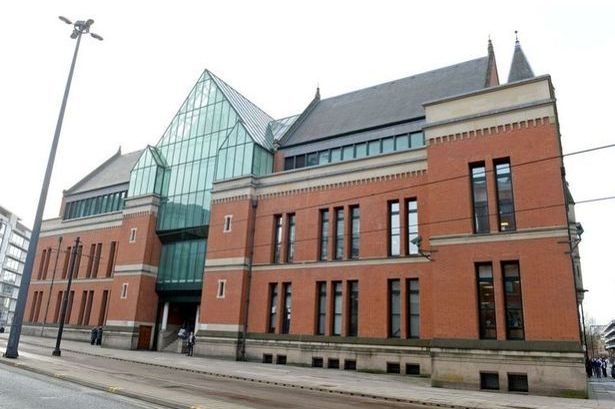 A Stockport man has been jailed for 7 years and 2 months after robbing from an elderly woman on two separate occasions in as many weeks.

Lee Davenport,39, twice threatened and stole from the 76-year-old woman as she made her way home from a nearby supermarket, with the second attack causing her significant shoulder injuries.

Manchester Minshull Street Crown Court heard how the injuries inflicted by Davenport, of Mount Pleasant, Hazel Grove, has meant the woman can no longer live alone and care for herself.

On the morning of Monday 10 June this year, Davenport appeared next to the woman on Bramhall Moor Lane and, despite not visibly having a knife, threatened to stab her if she didn’t give him her bag.

The 39-year-old then proceeded to grab the woman’s bag and snatched it out of her hand before running away with the bag and her bank card and shopping inside.

The court heard how up to £300 was taken out of the woman’s bank account before she had chance to cancel it.

Davenport targeted the woman again on the afternoon of Sunday 23 June once she had left the supermarket after buying some bread.

He again randomly approached her close to the George and Dragon pub and demanded that she give him her bag.

Davenport then pulled the strap of the bag from the woman’s shoulder, causing her to fall and suffer a severe injury to her right shoulder which later required hospital treatment.

Police arrested Davenport a day later  where he was later charged on two counts of robbery.

He appeared at Manchester Minshull Street Crown Court on Monday 11 November and pleaded guilty to two counts of robbery.

Detective Constable Jonathan Greenslade from GMP’s Stockport division said: “This was an abhorrent and shocking pair of incidents which has caused immense distress to an innocent elderly resident in our community.

“To be a victim once is bad enough, but to be a victim of robbery twice is terrifying and it is even worse that the second time the lady was badly injured.

“We are relieved that now the victim can finally gain some closure from this awful ordeal and we would like to reiterate our commitment to keeping the streets in our community safe.”