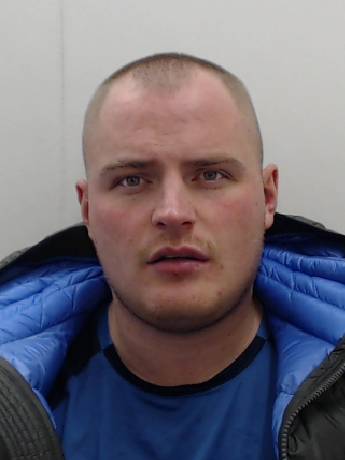 A Chadderton driver who caused the death of a 74-year-old after ignoring a 30mph speed limit has been jailed.

Ryan Hayes aged 29 of Lucerne Close, jailed for four-and-a-half years at Manchester Crown Court, Crown Square after pleading guilty to causing death by dangerous driving. He was also disqualified from driving for a total of 12 years and three months.

Hayes, who was driving a blue A Class Mercedes in excess of 55mph in a 30mph zone, had collided with 74-year-old pedestrian Stephen Glennie in early January this year.

The incident happened when Hayes was travelling along Charlestown Road, from the direction of Moston Lane. Stephen had almost crossed the road when the collision occurred, projecting him over two parked cars, coming to land on the pavement, a considerable distance from the point of impact.

Despite CPR being performed at the scene, Stephen was sadly pronounced dead.

His family paid tribute to him, saying: “He was the kind of person who would do anything for anyone.

“He was well known in the area and enjoyed going for a pint and loved to support Manchester City Football Club.”

Lead Investigator Police Constable Phil Shaw from GMP’s Serious Collision Investigation Unit, said: “No result from court will fill the void of Stephen’s death – my thoughts remain with his family as they have not only had to endure his tragic passing but also a court proceedings, in which they have shown such composure.

“I am confident Hayes will have time to reflect on his fatal actions as he serves his sentence in prison and that people will understand that in any instance where speed limits are ignored, they are putting the lives of others in serious danger and have no place on our roads.”

On a wing and a prayer :Manchester Bee Cam installed on Cathedral Roof