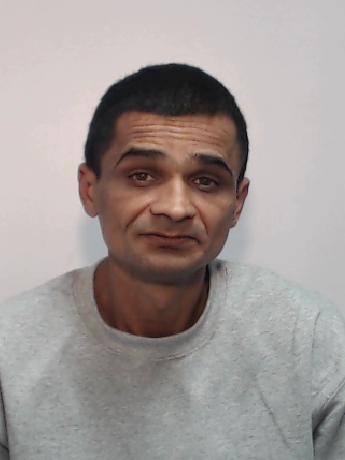 A driver who killed two girls in Oldham on New Year’s Eve and then fled the scene has been jailed.

Gabor Hegedus aged 39 of no fixed address, pleaded guilty to two counts of driving without due care and attention, conspiracy to pervert the course of justice and failing to stop after a collision.

He was jailed for four years and was disqualified from driving for five years at Manchester Minshull Street Crown Court.

David Orsos aged 19, Janos Kalanyos aged 51 and Zoltan Peto aged 49 all of no fixed address, also admitted conspiracy to pervert the course of justice and were jailed for one year and eight months, one year and nine months and two years and one month respectively.

Police were called to reports of a collision between a car and pedestrians on Ashton Road near to Copster Hill Road around 7pm on New Years Eve.

When officers arrived at the scene they discovered two girls – 12-year-old Helena Kotlarova and 11-year-old Zaneta Krokova – had been hit by a blue Peugeot 807 as they crossed the road.Helena was thrown into the path of another vehicle on the opposite side of the carriageway.

Tragically, she died at the scene. Zaneta sadly passed away in hospital on Monday 2 January 2017.

Following an extensive investigation by GMP’s Serious Collision Investigation Unit it was revealed Hegedus had been driving the Peugeot but fled the scene following the collision.

He was followed by Orsos and Kalanyos who were in white van behind him and witnessed the collision.They drove to an address on Turf Lane where they met with Peto to discuss what had happened and how they could get rid of the car.

Hegedas then took the car to a gated car park before returning to it with Orsos and Peto.He and Orsos drove to another car park on Honeywell Lane where Orsos attempted to clean the car with bleach before they abandoned it.

Peto then called the police to falsely report the Peugeot as stolen in a bid to dupe officers.Hegedas even shaved off his beard in the hope he would not be identified from CCTV.

All the men originally denied their involvement but there were too many inconsistencies with their stories.

Senior Investigating Officer, Sergeant Lee Westhead, of GMP’s Serious Collision Investigation Unit, said: “The tragic deaths of Helena and Zaneta were entirely avoidable and now two families have been left without their daughters and sisters.

“What should have been a night of celebrating and happiness became a night of unimaginable heartache and destruction.

“Once again, the actions of one reckless driver has changed the lives of others forever.

“Hegedus has remained utterly remorseless throughout this investigation and repeatedly lied to police about his whereabouts on that night.

“In the hours following the collision, Orsos, Kalanyos and Peto tried to cover up Hegedus’ crime. They knew what he had done and their actions were not only calculated but sinister.

“I can only hope the families of both girls can now attempt to rebuild their lives. I would like to personally thank them for their trust throughout this investigation. Their patience and dignity over the past six months is commendable.”