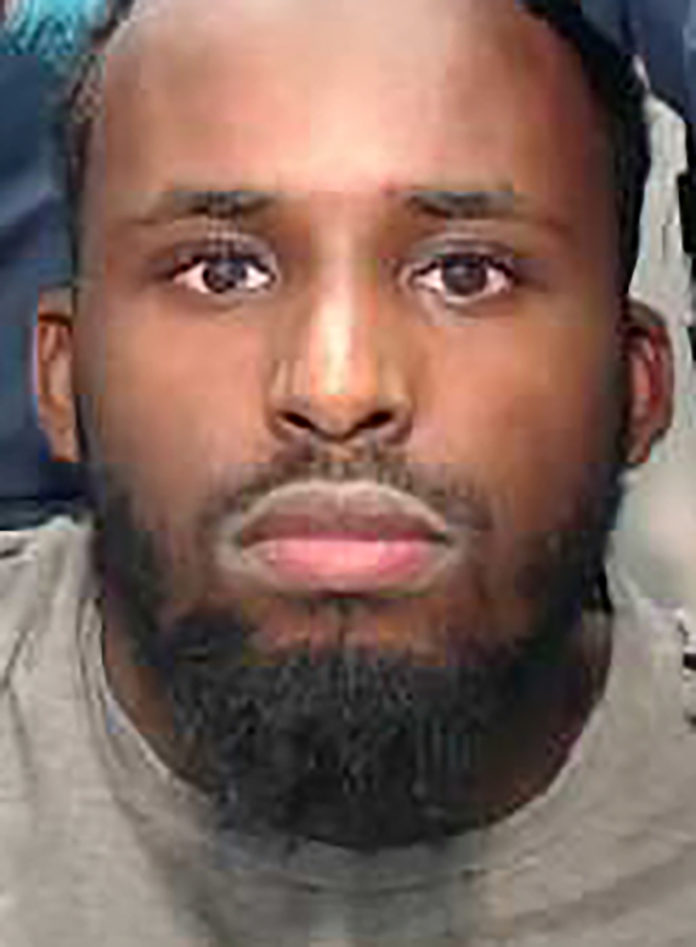 A man who stabbed three people during a planned attack at Victoria Train Station on New Year’s Eve has been jailed for life.

Mahdi Mohamud,26, previously of the Cheetham Hill area, was sentenced to life with a minimum of 11 years in prison after pleading guilty to three counts of attempted murder and one count of possessing information likely to be useful to a person committing or preparing an act of terrorism (Section 58 of the Terrorism Act 2000).

The court was told that on New Years Eve last year Mohamud followed a couple across the platform of Victoria Train Station before striking a 56-year-old man multiple times leaving him with a collapsed lung and skull fracture.

Mohamud then proceeded to slash a 57-year-old woman across the face leaving her with a 10inch facial wound before stabbing her multiple times. She was also left with a collapsed lung.

Officers from British Transport Police and the TravelSafe Partnership arrived at the scene within seconds and immediately attempted to detain Mohamud. A taser was deployed and whilst arresting him, 31-year-old Police Sergeant Lee Valentine was stabbed in the shoulder.

Before Mohamud was transferred to police custody, officers searched him and found a larger knife stashed in his coat pocket. This was seized and submitted as evidence along with the weapon he’d used to attack the victims.

During interviews, Mohamud stayed silent when detectives presented him with key material that had been found on his electronic devices.

Detective Superintendent Will Chatterton, Head of Investigations for Counter Terrorism Policing North West, said: “This was a terrifying attack on one of the busiest days of the year and I know it will stay with the victims for the rest of their lives. I hope that they’re able to move forwards with their lives following today’s result.

“It doesn’t bear thinking about what could have happened had Mohamud used the larger knife that he was carrying in his coat pocket. The consequences could easily have been even worse.

“Mohamud’s violent actions continued throughout the evening as he continued to shout extremist comments and lashed out at officers as they attempted to escort him from the police van and into custody. They were forced to use leg restraints on him and he refused to cooperate during all of his interviews.

“Whilst in police custody, Mohamud was detained under the mental health act and we have worked closely with medical specialists throughout the year. Following mental health assessments, he was deemed fit to stand trial for his actions.

“I’d like to thank the officers who were on the scene in a matter of seconds, bravely trying to detain Mohamud despite the taser and captor spray having no immediate effect on him. I have no doubt that their quick actions prevented more people from coming to harm.”

Transport for Greater Manchester’s Head of Metrolink, Danny Vaughan, said: “I would like to pay tribute to the bravery and swift action of the two Metrolink TravelSafe Officers who initially helped to detain Mahdi Mohamud and ensure that this shocking incident was unable to escalate further.

“Thankfully, incidents like this are extremely rare and I would like to reiterate that public transport is a safe way to travel in Greater Manchester.”