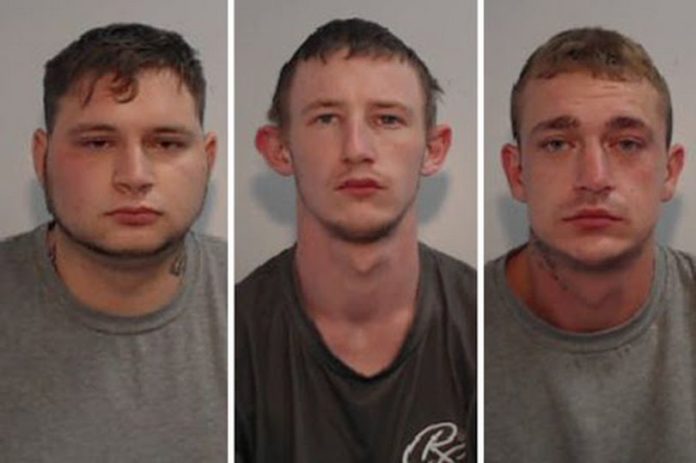 A gang who held a woman a knifepoint in her own home in Dukinfield before stealing her car have been jailed.

The court heard  how a 46-year-old woman at a property on Yew Tree Lane awoke to find a man stood over her pointing a knife a few inches from her neck.

He forced her to hand over the keys to her Kia Picanto, which was parked on her driveway, before demanding cash and beer and using the lace from his hoodie to bind her wrists.

He filled a supermarket bag in the kitchen with bottles and cans of beer before leaving, warning her not to call the police.

Neighbours who had seen a commotion at the house arrived a short time later and helped the woman free herself and call police.

Pollitt was sentenced to six years and 11 months in prison after pleading guilty to robbery and a separate count of burglary.

Stynes was sentenced to six years in prison after pleading guilty to robbery.

Bartrip was sentenced to six years and six months in prison after being found guilty of robbery.

Detective Inspector Joseph Harrop of GMP’s Tameside Division said: “This cowardly bunch of opportunist thieves thought nothing of barging into a family home and subjecting a lone woman to a terrifying ordeal.

“Their despicable behaviour was as foolish as it was spineless – with all three being tracked down by police a short time later.

“We are thankful that the woman was not seriously injured in this robbery, but the psychological impact of this kind of crime should not be underestimated.

“We hope that today’s sentences presents a form of closure, now that these reprehensible individuals are behind bars.”