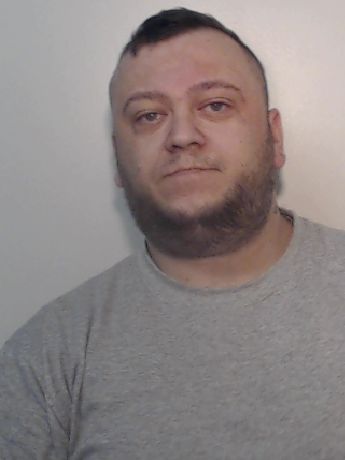 A man has been jailed after police dismantled a prostitution ring in Longsight.

Alexe Popa aged 30  of East Grove, Longsight, was sentenced to twenty one months in jail at Manchester Crown Court after pleading guilty to controlling prostitution for gain and possession of false documents at a previous hearing.

Police first became aware of a potential ‘pop-up’ brothel in July of last year and a harm reduction visit was conducted by police and immigration officials at a flat on Willesden Avenue, Longsight.

Two Romanian women were discovered inside the brothel and Popa later arrived at the property claiming he was just a friend.

Then in October last year , as part of a human trafficking investigation launched by GMP’s Challenger Manchester Team into women believed to be selling sexual services across the UK, officers became aware of number of adverts on adult websites that were linked to Manchester.

Following enquiries, it was found Popa had paid for and posted these adverts which promoted sex workers.

Further enquiries and warrants revealed that Popa was running a number of brothels with several women aged between 18 and 26 who had travelled to the UK from Romania.

As a result of the warrants, officers also recovered several women’s Romanian ID cards which Popa kept to discourage them from leaving, as well as mobile phones.

Analysis of a mobile phone led officers to discovering the further brothels in Rusholme.

Police Constable Andrew Shahhet, of GMP’s Challenger Manchester Team, said: “Popa showed no regard for the welfare of the women at the heart of this crime, all of them young, vulnerable and from poor backgrounds.

“This man sexually exploited them for his own financial gain but thanks to intelligence from the community, there are now safeguarding measures in place and we will continue to work with our partners to support those affected.

“The successful conviction of Popa has helped dismantle illegal prostitution and so-called ‘pop-up’ brothels across Greater Manchester, allowing us to now identify many that were previously unknown to police.

“I hope the women feel safer in the knowledge that the criminal operating this prostitution ring is now behind bars and this result shows we will not take any reports of soliciting prostitution lightly.”