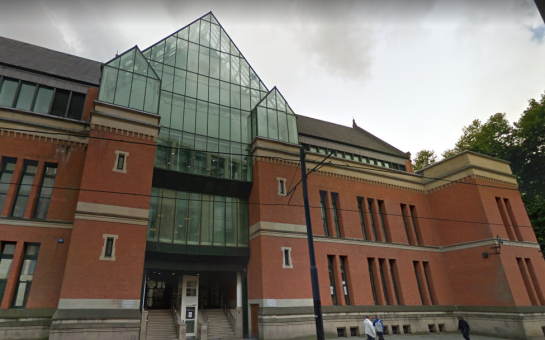 A man from North Wales who bit his victim during an attempted car robberry in Denton has been jailed.

Kyle Valentine aged 25  of Chapel Street, Llandudno was sentenced yesterday  at Minshull Street Crown Court to a total of 3 years in prison for attempted robbery, attempted burglary of dwelling, breach of a community order and breach of a suspended sentence order.

The prosecution heard that in January 2021, Valentine approached his female victim while she was sat in her vehicle in the car park of the supermarket where she worked. When she tried to open her door to get out of the vehicle, Valentine began pulling at the door, demanding that the victim give him her car keys and then threatened that he had a knife in his pocket.

As the victim got out of her car, Valentine grabbed the keys from her hand. The court heard that in an attempt to prevent her car from being stolen, the female then began hitting Valentine over the head with her handbag when Valentine bites her on the hand. The offender then gets into the car however; the victim starts shouting for help. A man comes over to assist the woman and manages to get Valentine to exit the car and give the keys back to the victim.

After throwing the keys back, Valentine jumps over a fence and flees on foot.

On the same day, only minutes from the first incident, a second female victim is sat with her baby in the living room of her home, when she hears the rattle of the front door handle and notices a red reflection through the frosted glass window. She goes to window and sees a male walking away from her house.

On reporting the incident to the police, officers recognise her description of the offender to be similar to that of the male who attempted to steal the woman’s vehicle in the supermarket car park, although in a different coloured jacket.

The court heard that patrols later see Valentine in the location of the second victim’s home, and he is detained by officers.

Trainee Detective Constable Natalie Fairhurst, of GMP’s Tameside CID, said: “This was a terrifying ordeal for both women involved, who were left frightened and in one case received bruising after being bitten by Valentine, so I am pleased with today’s result.

“The offender was clearly undeterred by the confrontation following his robbery attempt and has gone on to strike again only minutes later, wearing his jacket inside out in an effort to change his appearance.

“Crimes of this nature will not be tolerated across Greater Manchester and, please let it be known, if you are thinking of taking part in this type of criminal activity you will be brought to justice.”

Woman sexually assaulted near to tunnels under M60 in Bredbury