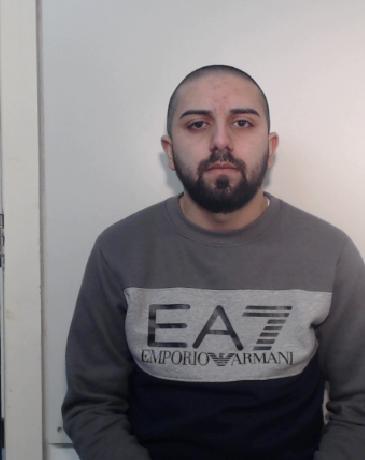 Four men have been jailed for over 25 years as part of an ongoing investigation into child sexual exploitation in Levenshulme.

The convictions relate to offences committed between 2016 and 2018 against three girls who were aged between 12 and 15 at the time of the abuse.

The investigation found that the group had preyed on young and vulnerable victims and subjected them to systematic abuse over a prolonged period.

One victim – who was 12 at the time the abuse started – was raped by Sebastian Baltatu. The same victim was also raped a number of other occasions by Parizian Calin, who was also known as David. He also facilitated other men to rape her.

Ilie Daniel Baltatu, who was known as Danny, used social media to prey on that same girl before inciting her to engage in sexual activity. He also sexually assaulted her whilst she was under the age of 13.

The following year he then groomed a different 13 year old girl before having sex with her on three different occasions and abducting her once.

Adrian Calin was found guilty after he incited a 15-year-old girl to incite in sexual activity.

Following a disclosure made to police and child services in 2018, Operation Enfield was launched.

Parizian Calin, 20,of Slade Lane, Levenshulme has been sentenced to 13 years in prison. He will also have to sign the sex offenders register for life and be subject to a sexual harm prevention order for 13 years. He was previously found guilty of a number of offences including four counts of rape of a child under 13.

Ilie Daniel Baltatu, 22, of HMP Manchester has been sentenced to 8 years and 1 month in prison. He will also have to sign the sex offenders register for life and be subject to a sexual harm prevention order for 8 and a half years. He previously pleaded guilty to a number of offences including grooming and several counts of sexual activity with a child.

Sebastian Baltatu,19, of HMYOI Wetherby has been sentenced to 3 years in prison and will have to sign the sex offenders register for life. He was previously found guilty of rape of a child under 13.

Adrian Calin,20, of Reynell Road, Levenshulme has been sentenced to 1 year in prison and will have to sign the sex offenders register He was previously found guilty of causing or inciting a child to engage in sexual activity.

Superintendent Rebecca Boyce, of GMP’s City of Manchester division, said: “The young girls who suffered the most unimaginable and traumatic abuse have remained at the forefront of this entire investigation, as we have worked tirelessly to bring the perpetrators to justice. These victims have shown the utmost bravery by giving evidence and we cannot underestimate the courage and strength it takes for victims of these abhorrent crimes to come forward.

“Operation Enfield has been a complex investigation led by a diligent and dedicated team of professionals from both Greater Manchester Police and Manchester City Council; and I would like to commend all involved for their commitment in what has been a lengthy and extensive process.

“Tackling child sexual exploitation will remain an absolute priority for us and our partners and I hope that today’s result demonstrates the commitment we have to progressing these investigations and protecting the most vulnerable people in our communities.

“I would also like to take this opportunity to stress that if you are suffering from this kind of abuse, you will be supported, you will be heard and we will do everything we can to bring those responsible to justice.”

Councillor Garry Bridges, Executive Member for Children’s Services for Manchester City Council, said: “This case shows that those who would seek to prey on and sexually exploit vulnerable young people will be brought to justice. I want to praise the courage of the young people at the heart of this case who have provided evidence and the work which the police and social workers have done to support them and build up trusted relationships with them to help achieve these prosecutions.

“These days we know a lot more about this sort of vile abuse and it’s something we are working very closely with GMP to identify and tackle.”