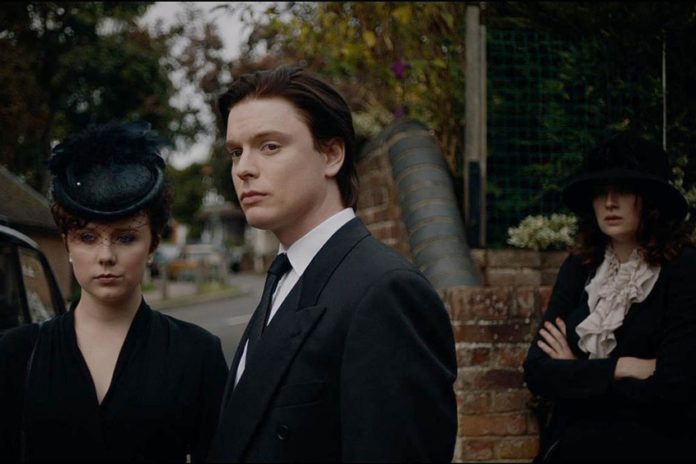 revolves around one fateful night in August 1985 when five members of the same family were murdered at an Essex farmhouse;  Sheila Caffell, her twin six-year-old sons, Daniel and Nicholas, and her parents, Nevill and June Bamber.

The series will seek to provide fresh insight into this family tragedy and the contested accounts of the events that took place at White House Farm. Based on extensive research, interviews and published accounts including, ‘The Murders at White House Farm’ by Carol Ann Lee with additional material from ‘In Search of The Rainbow’s End’ by Colin Caffell, husband of Sheila and father to Daniel and Nicholas Caffell.

Essex Police initially believed that Sheila, who had mental health problems, had murdered her own family before turning the gun on herself. But Detective Sergeant Stan Jones had doubts about the murder-suicide theory, and about Sheila’s brother Jeremy Bamber, who first called the police to the farm. Eventually it was Jeremy Bamber who was charged and convicted of the murders of his own parents, sister and nephews. Bamber is currently serving life imprisonment without the possibility of parole. He is one of the few prisoners in the UK subject to a whole-life order. Bamber still maintains his innocence.

“This notorious case has been the subject of much debate, and our programme focuses on the impact of the human tragedy.  I’d like to specially thank Colin Caffell as without his collaboration this would not have been possible. We have also been blessed by the talent of our director Paul Whittington and an incredible cast.”

“This is an incredibly compelling true crime story, but it’s the human dimension of these events that gripped my imagination, particularly after reading Colin Caffell’s book. So much discussion of the case has focussed on contested legal details, but I wanted to tell this story in a way that did justice to the devastating emotional truth of what happened.”

Commented ITV’s Head of Drama Polly Hill who has commissioned the series for ITV:

“White House Farm is a fascinating insight into what happened on that fateful night in August 1985 and the subsequent search for the truth during the police investigation. Kris Mrksa’s scripts are captivating and perfectly enhanced by the brilliance of Paul Whittington’s direction. I’d like to thank them and the brilliant cast, along with Willow Grylls and New Pictures, for making a truly outstanding drama that we are delighted to have on ITV.”

White House Farm will air on ITV in early 2020.

Michelle Keegan to return in new series of Our Girl