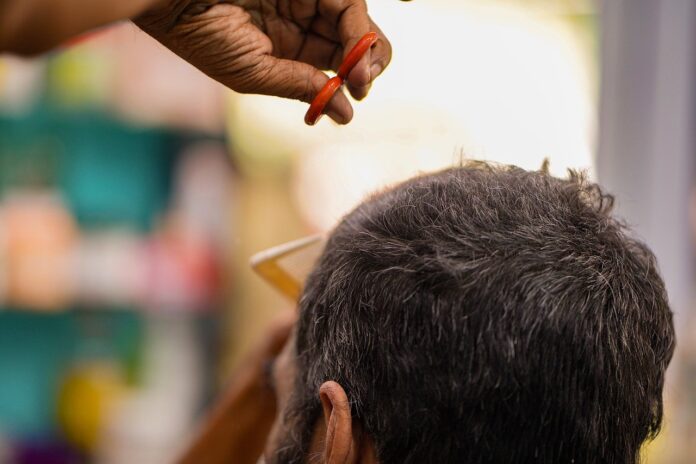 As restrictions finally begin to ease, Brits are flocking back to the UK’s 33,000 barber salons but, in Manchester, these establishments are offering so much more than a short, back and sides.

Making a world of difference

In Great Britain, one in four people will experience mental health problems at some point and, the pandemic has, of course, exacerbated this due to isolation and increased stress.  Mental health problems can be devastating for sufferers and their loved ones and, sadly, can sometimes lead to suicide – three quarters of which are men.  September the 10th 2021 marks World Suicide Prevention Day, followed by World Mental Health Day on the 10th of October; both of which are aimed at increasing awareness of mental health conditions and their consequences.  In Manchester, barbers are getting onboard with BarberTalk in order to shine a light on mental health and encourage customers to open up about their experiences.

“We are losing too many people to suicide.  One in five of us experience suicidal thoughts at some point in our lives and the only way to prevent tragedy is by talking.  We all need to talk openly about suicide and World Suicide Prevention ay highlights that there is nothing to be feared in opening up about suicide and mental health”.  Andy Burnham, Mayor of Greater Manchester

Tackling the roots of mental health

In conjunction with a number of other activities, the NHS is spending £10 million on its new BarberTalk scheme ahead of this autumn’s events.  BarberTalk – which has been developed by Tom Chapman, founder of The Lions Barber Collective – aims to equip Manchester’s barbers with the tools needed to spot signs that their customers may be struggling with their mental health.  The scheme will also train barbers in providing support to customers and to encourage them to seek professional help.  The first program of its kind, the BarberTalk scheme was born from the psychology behind our hair appointments.  Not only does a haircut improve our mental health by boosting our confidence but, also, many people find it easier to open up to their barber or hairdresser than they do friends and family.  Unlike visiting a doctor or health professional, people often feel that they can talk to their stylist openly and without judgement or too much scrutiny and, many look forward to this aspect of their appointment as much as they do leaving the salon with a great new look.

A survey by the @BooksyApp recently revealed that 43% of hair professionals feel they function in two roles #behindthechair. First as hairdresser and second as unofficial counselor— supporting the mental well-being of clients. Through the pandemic they’ve increasingly become ‘unofficial therapists to their customers, many of whom have struggled due to isolation’. 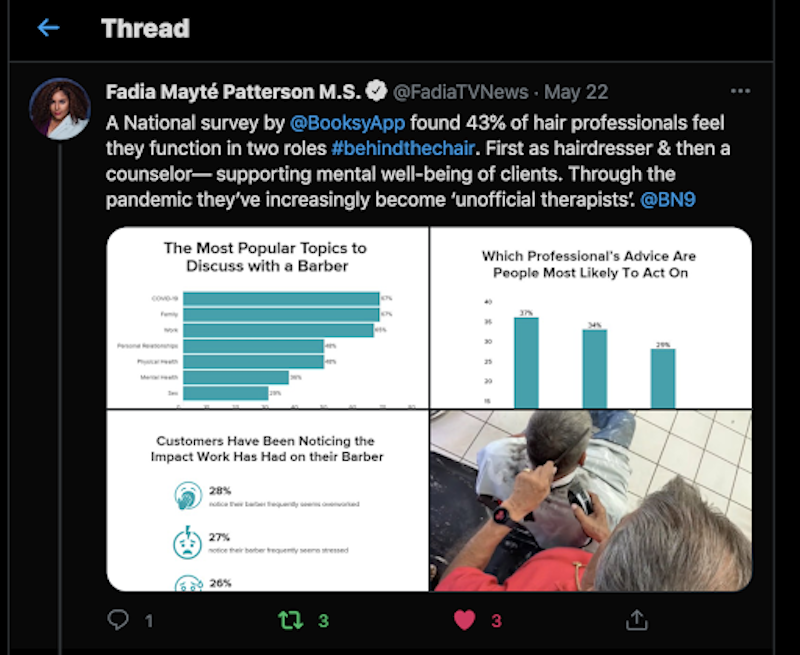 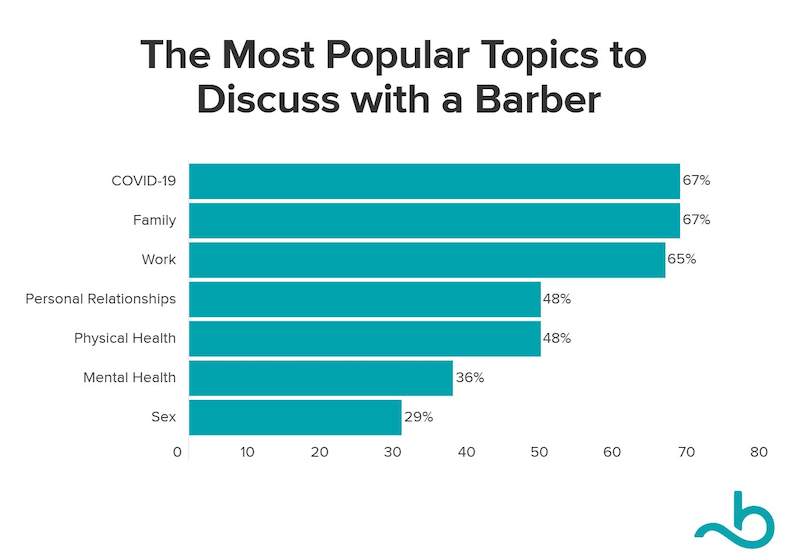 Manchester has been chosen due to its reputation for high quality stylist and barber salons – 94 of which have chosen to sign up with Booksy’s innovative salon management system which makes booking and management incredibly easy.

“We have few opportunities to open up and offload; we need to take advantage of those opportunities. When those guys sit in our chair and tell us everything, we listen. It’s estimated that those in the hair industry listen for nearly 2,000 hours a year. That’s a lot of time. Maybe there’s something we can do very special with that time that’s given to us”. Tom Chapman, The Lions Barber Collective

The Greater Manchester Health and Social Care Partnership (GMHSCP) has recently launched its Shining a Light on Suicide campaign which aims to open the conversation about suicide.  Committed to tackling suicide in Manchester, the GMHSCP is funidng 40 BarberTalk training places ahead of the Month of Hope.

Developed with the support of psychiatrists and mental health professionals, BarberTalk is a half day course which combines mental health training with barbering demonstrations.  Rather than attempting to turn barbers into counsellors, the program aims to train them to turn their salons into a safe space and to encourage customers to open up about their problems through four dynamic pillars:

Founder, Tom Chapman, believes that this training will provide a vital bridge between mental health professionals and patients and, will absolutely save lives.

As well as funding from the NHS, the program is open to donations to help the organisation to roll out the scheme across the UK and, ultimately, across the globe.

In the UK, prevention of suicide and support for mental health has never been more important and, Manchester’s barbers are rising to the challenge – one haircut at a time.