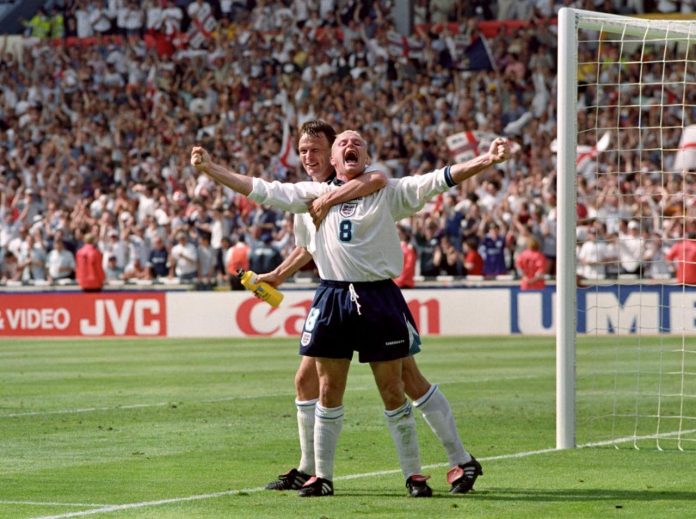 With Euro 2020 postponed for twelve months, the ITV Hub has raided its archives to provide football fans with a slice of sports nostalgia as the platform unearths every match from 1996’s tournament, hosted in England, for Euro 96 Relived.

Airing from 11 May, ITV Hub takes a trip down sporting memory lane and will transmit all 31 games from one of the most closely contested tournaments in recent history.

In addition, ITV4 will also play out the five games that featured the England football team in some of their most memorable head to heads, as well as the final between Germany and the Czech Republic.

During Euro 96 Relived, football fans will be able to relive the drama from the epic Summer of ’96, during which host nation England fought to win the trophy, with a squad made up of sporting legends like Paul Gascoigne, Alan Shearer, David Seaman, Stuart Pearce and Teddy Sheringham.

In the absence of live football, the lead-in to the tournament features a series of classic big matches returning to ITV’s main channel from Saturday 2 May, including the 1987 FA Cup final, with Coventry City taking on Tottenham Hotspur, Arsenal v Man United in the 1979 FA Cup final, the 1989 Liverpool v Arsenal title decider, England v Cameroon in the 1990 World Cup, and England’s game against Colombia in the 2018 World Cup in Russia.

At Euro 96, Bob Wilson introduces the action in ITV’s specially-designed studio alongside a stellar panel of pundits including [yet to be Sir] Alex Ferguson, John Barnes, Jack Charlton and Glenn Hoddle, with Brian Moore in the commentary box, Gary Newbon and Gabriel Clarke on reporting duties.