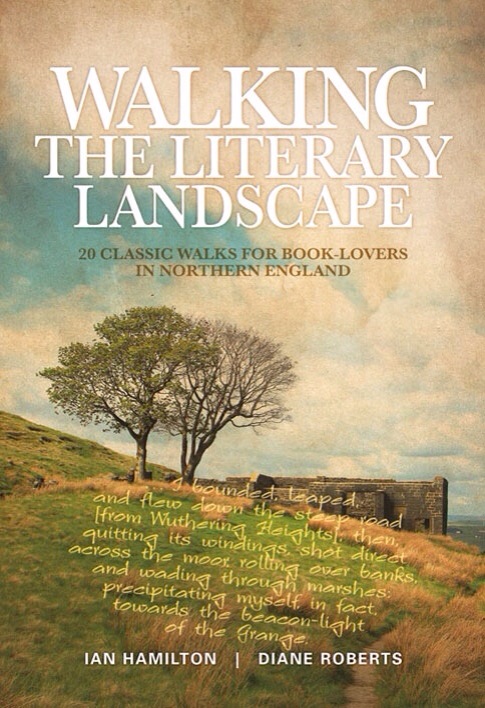 The Literary Landscape of Northern England is littered with the footsteps of writers and now a new book explores the landscape that inspired some of the country’s Greatest Literature.

While some will be familiar to lovers of writing, the shores of Whitby where Count Dracula landed in Bram Stoker’s classic, the Lake District of William Wordsworth and Beatrice Potter or Chatworth House which inspires Jane Austen, there are others which will be less familiar.

The authors, Ian Hamilton, a former Journalist who worked on a number of local newspapers and Diane Roberts ex of the BBC have put together twenty circular routes between three and nine miles which take the walker across Northern England from Northumberland and the Lake Dustrict, Lancashire to the Yorkshire Dales to the Peak District and the plains of Cheshire.

So all day long the noise of battle roll’d
Among the mountains by the winter sea;
Until King Arthur’s table, man by man,
Had fallen in Lyonnesse about their Lord,
King Arthur: then, because his wound was deep,

Or Carrick Fell which Dickens described as a trumpery little mountain as he walked with his soulmate Wilkie Collins.

Then there is the Northumberland village of Blanchland where WD Auden stayed for Easter 1930 remembered for a boisterous session on the pub’s piano.

JB Priestley’ English journey took him across Britain in the 1930’s but he wanted his ashes scattered in the village of Hubberholme in the Yorkshire Dales, whilst Charles Kingsley stayed at Malham Tarn in the heart of Limestone country where he would be inspired to write the Water Babies.

Closer to Manchester, the Ribble valley and Stonyhurst college where JR Tolkien is said to have written parts of his Lord of the Rings Trilogy, who needs New Zealand after all when one marvels that the beautiful landscape of this part of Lancashire?

Ted Hughes never looked far beyond his native West Riding for inspiration for what was some of the finest landscape verse and Sir Arthur Conan Doyle would write the terror of Blue John Gap while convalescing in Castleton, his terrifying prehistoric beast inhabiting the caves of the mines deep below the hills.

This is a great book, the result of a considerable amount if research and enthusiasm and it will easily fit into your coat pocket.

Walking the Literary Landscape by Ian Hamilton and Diane Roberts
Available direct from V Publishing or in the shops at £12.95

Stally or Stayley? That is the question for David Cameron

Ambition plans for the “Northern Gateway”