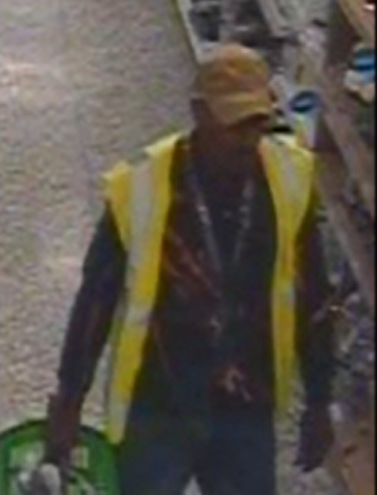 The incident happened around  7.25pm on Tuesday 19th when a man was involved in an altercation with security staff at Asda on Cavendish Street, when two plain clothed officers who were nearby approached.

The man attempted to flee before he was stopped by the officers and a struggle ensued. The offender fought them off and attempted to jump into a silver car whilst still fighting with the officers.

During the struggle one of the officers was pulled into the car which then sped off with her still inside.

The officer was able to escape the car as it approached the junction of Cavendish Street and Wharf Street.

The offender is described as a black man, aged around 30, approximately 6ft tall and of slim athletic build.

Detective Inspector Richard Ennis of GMP’s Tameside borough said: “This was a terrible incident that could have left the officer, who was only trying to do her duty, even more seriously injured.

“The area was busy at the time including passing traffic and I genuinely believe someone must have witnessed what happened.

“I would ask the public to look at the images of the man pictured and please provide any information as to his identity.”