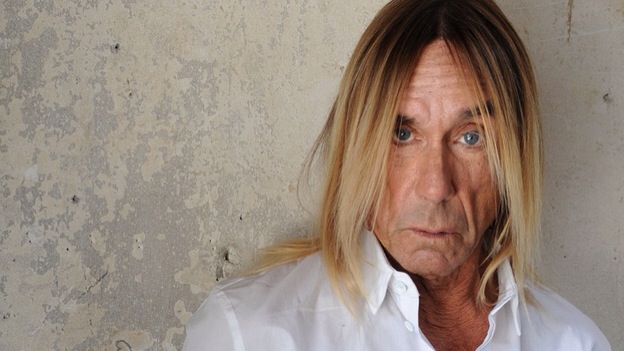 The ‘ Godfather of punk’, Iggy Pop, will be delivering the fourth annual John Peel Lecture at Radio Festival 2014 in Salford on Monday 13 October.

Iggy, who hosts a Sunday afternoon show on BBC Radio 6 Music, will deliver a speech on the subject of ‘Free Music in a Capitalist Society’.

He is considered by many to be one of the pioneers of punk rock music and his musical legacy has inspired and energised rock and roll’s alternative spirit since the late Sixties.

And John Peel was in fact the first DJ to play Iggy Pop as part of The Stooges on UK Radio, introducing listeners to their track, Little Doll from their eponymous debut album, on his show in August 1969. Fun House was released in 1970, followed by the band’s third album, Raw Power, which has been cited as one of the most influential records of all time.

Iggy has also released music as a solo artist and collaborated with other musicians, including David Bowie, Debbie Harry, Death In Vegas and Peaches.

His incredible back catalogue of classic tracks includes Lust for Life, The Passenger, I Wanna Be Your Dog, Search and Destroy, Real Wild Child and many more. Although hugely influential to many of the major acts that came after, Iggy’s own wide-ranging influences include blues, jazz, french chanson, art rock, roots, reggae, ethnic and avant-garde.

Iggy Pop said: “I get the feeling that John was the kind of guy who would have done his job for nothing, as long as he felt great about it. So we have that in common. Examining his life, I was interested to learn that he found his voice in large part through his wanderings in America. Sometimes it takes strange circumstances to provide a mirror in which to find yourself. Anyway, he’s done a lot to give others a voice, and that’s the most important gift you can give. Here was a person with strong opinions and enthusiasms who wasn’t defined by any system, because of that his show became an exciting location, kind of like a shop that’s a good hang. So it was a social as well as a musical phenomenon.”

He continues: “I’ve never given a lecture in my life, but on the day I’m going to attempt a discussion on the subject of free music in a capitalist society. This is a struggle which never ends.”

Iggy Pop joins a list of high profile speakers who have delivered the John Peel Lecture. These are The Who’s Pete Townshend in 2011, who explored the implications of digital music media in an age of free downloads and a disposable attitude to music;

Billy Bragg in 2012, whose speech explored how music and radio need mavericks to keep moving forward; and in October 2013, Charlotte Church delivered an insightful speech on the theme of women and their representation in the music industry.

Drunch club in the clouds