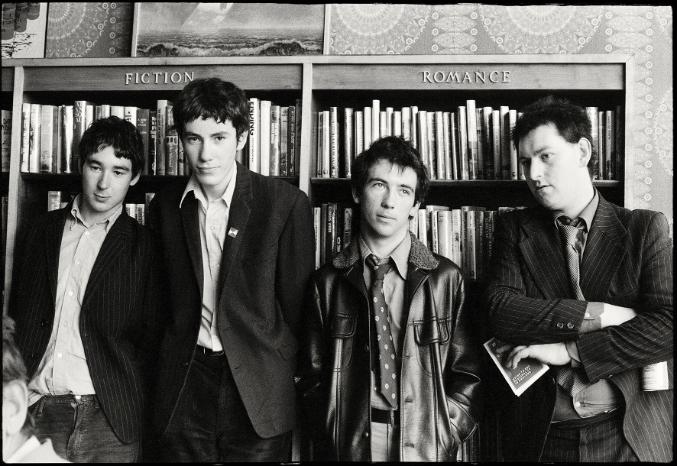 ‘There Is A Light That Never Goes Out’ includes iconic, rarely-exhibited images of legends of the city’s music scene, including Buzzcocks, Joy Division, New Order, Happy Mondays and The Stone Roses

The exhibition, presented by Rockarchive.com, has been curated by the photographer and founder of Rockarchive Jill Furmanovsky and the music writer Jon Savage.  It takes the punk era of the late 1970s as its starting point, moving on through the Factory Records and Madchester years, through to the rise of Oasis in the mid-1990s.

Manchester was key to the rise of punk, with the Sex Pistols playing a legendary gig at the Lesser Free Trade Hall in 1976, before Buzzcocks independently released ‘Spiral Scratch’ in 1977.  The band’s decision to start its own record label is often credited with inspiring the ‘DIY’ ethos of indie music, which came to prominence in the following years.

A wall of images is dedicated to newer Manchester artists, including shots of Bugzy Malone, The Courteeners, Elbow, Children of Zeus, Pins, Hurts, Pale Waves and more, with many of these photos taken by young, emerging photographers.

The exhibition also includes an image taken at the One Love Manchester concert, plus another from Noel Gallagher’s fundraising performance as the Manchester Arena reopened following the tragic events of May 2017.

Jill Furmanovsky, co-curator of the exhibition, said: “When my ‘Oasis:DNA’ exhibition finished showing at Central Library in 2017, the idea of a wider Manchester rock music exhibition seemed a natural follow-up.

“We decided to concentrate on showing gritty images of those bands and musicians whose music is so deeply rooted in Manchester that you can’t imagine rock music, or the city itself, being the same without their contribution.

“So long is the reach of the city’s collective musical talent, we could have created an exhibition twice the size of this one.”

The free exhibition opens on Thursday 11 October and will be open until 1 February 2019.

Tier 3 communities in North set to miss out on millions from key business...