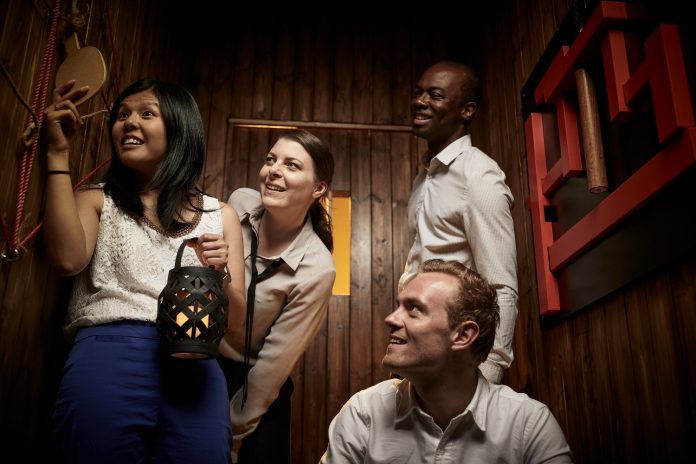 After setting pulses racing in major cities across the UK, Escape Hunt will be bringing its top-rated, immersive and exhilarating escape game experience to Manchester, when it opens its doors in the Corn Exchange, Exchange Street on Friday 26th October.

From a brand new swashbuckling pirate challenge to a high-octaine ancient Japanese adventure, players will be transported to another world as they are put to the test with brain-teasing puzzles and code crunching.

Players will be invited to step aboard one of the most infamous ships of all time to try out Blackbeard’s Treasure, the pirate-themed experience based on one of history’s most notorious villains, Captain Blackbeard. Or immerse themselves in ancient Japan with The Fourth Samurai and take on the ultimate challenge to defeat the evil warlord.

From the 9th November, fans of the wild west are in for a treat as they’re invited to outrun a gang of bandits in Escape the Wild West, or step into a world of gods and monsters to try and stop the Ice Gods from destroying their village in The Last Vikings.

Open to teams of between two and six players, Escape Hunt is perfect for friends, family or work mates in search of a fun and an exciting challenge. The game begins with a mission briefing from a talented Games Master, followed by an hour to crack a series of clues and puzzles.

From cryptic word play to physical dexterity, players must work as a team and break out of the room, before celebrating their escape in the premium lounge and taking advantage of the well-stocked bar.

Alex Butler, General Manager at Escape Hunt Manchester, said: “We’re incredibly proud of the site we’ve created in the Corn Exchange. With a variety of escape room experiences to choose from, we’re looking forward to welcoming adrenaline seekers through our doors to take on the clock and the challenge that lies ahead of them.

“Whether looking for a fun weekend activity with family and friends, or a team building exercise with work colleagues Escape Hunt Manchester will test your minds to the max.”

Andrew Coles from Corn Exchange owners, Aviva Investors UK Property Fund, commented on the launch: ‘We’re delighted to welcome the first entertainment experience, Escape Hunt, to Corn Exchange Manchester. The development will occupy the lower floors of the venue and will give something extra to Corn Exchange visitors, as well as drive footfall to the area.”

Games are suitable for players age 10 or over. Anyone aged under 16 must be accompanied by an adult. The venue also includes a private meeting room, making it the perfect location for parties, work socials and away days.