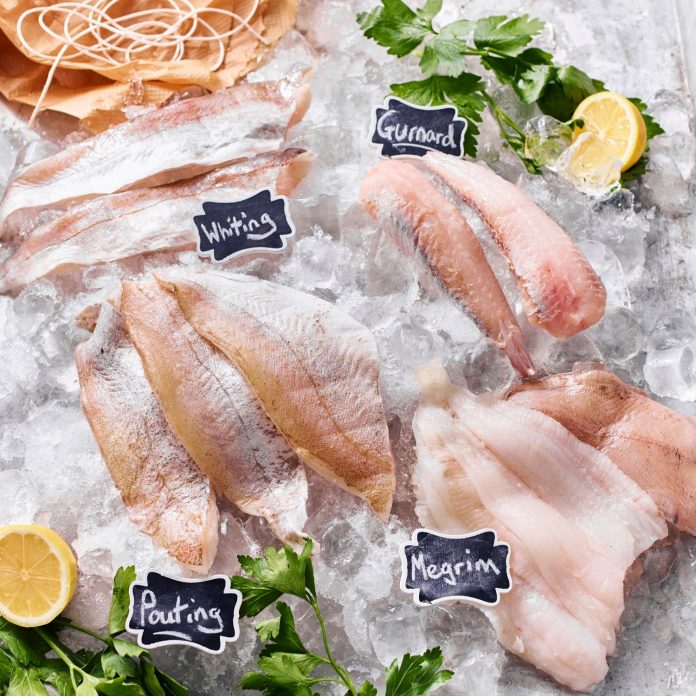 Iceland has become the first UK supermarket to sell fish deemed surplus to requirements by other store chains.

Until now, whiting and pouting have been thrown back into the sea either dead or dying – just because they’re the ‘wrong’ type of cod or don’t fit size criteria.Megrim and grey gurnard, other types of white fish rejected by some stores, will be packaged up and sold with the cod to be used to make dishes such as fish curry and fish pie.

Forty per cent of all fish caught worldwide is captured unintentionally and returned to the ocean – never to make it to the dinner table.The unwanted fish, known as ‘bycatch’, is a major issue for the fishing industry because it has a massive impact on sustainability levels.

The chain’s bycatch will be sold as their ‘What the Fish?’ range.

The announcement comes in the wake of the supermarket’s recent pledge to go ‘plastic-free’ on its own label products by the end of 2023 and to stock biodegradable chewing gum.

“The more that supermarkets can do to encourage customers to try to new options, the better for the planet”

Off the back of the bycatch decision, Iceland commissioned research of 2,000 UK adults to explore their attitudes to fish, and it’s sustainability.

It also emerged one third admit they are worried about the sustainability of fish.

It also emerged UK adults eat fish twice a week on average – amounting to 95 times a year – and they’ll spend £303 a year on it.

That’s £18,264 in total during their lifetime, with 72 per cent believing they should eat more of it than they do currently.

The most commonly consumed fish among those polled is cod – with 72 per cent revealing this as the fish they typically eat.

Haddock is the second most favoured, followed by salmon, tuna and plaice in third, fourth and fifth respectively.

A quarter prefer their fish to be grilled, a fifth like it fried and the same proportion opt to bake it.

Brits are creatures of habit when it comes to fish – three quarters tend to stick to the same type when having it at home.

Our favourite things about fish as a cuisine are the taste (70 per cent), how healthy it is to eat (69 per cent) and how it makes for a light meal (36 per cent).

“We wanted to make these species available to more shoppers to help them widen their repertoire of white fish.

“We are also clearly helping to improve the sustainability of UK fisheries by not discarding good, edible fish as waste, or racking up more miles of transport by sending it to markets overseas.

“‘What the Fish?’ is a natural continuation of our sustainability commitment, which has seen Iceland become the UK’s first major supermarket to commit to removing plastic packaging and palm oil from its own label food.”

* ‘What the Fish?’ is available now from selected Iceland and Food Warehouse stores across the country and costs £8 for an 800g pack with a minimum of two fillets of each variant.