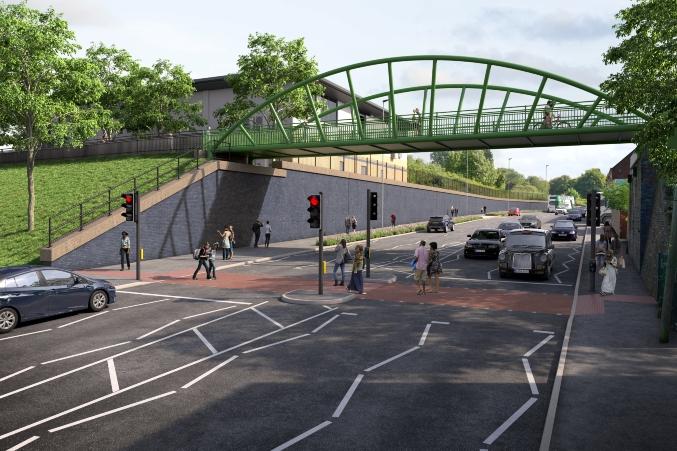 A road closure to allow a bridge over Hyde Road to be demolished – which recently had to be postponed due to high winds – has been rearranged for the weekend of 7 – 8 March.

Hyde Road (A57) will be closed from its junction with Reddish Lane to its junction with Chapman Street from 6am on Saturday 7 March until midnight on Sunday 8 March. Diversions will be in place in both directions for motorists during the closure.

The bridge causes a traffic pinch-point between Far Lane and Wall Way, narrowing Hyde Road from four lanes to two. Manchester City Council is working on a scheme which will see the bridge replaced, removing the pinch-point and reducing congestion in the Gorton area.

Once the bridge – which is part of the Fallowfield Loop walking and cycling route – is demolished, work on Hyde Road will continue before a new bridge is lifted into place later in the programme.

A revised route is in place for users of the Fallowfield Loop until the new bridge can be installed, with additional CCTV being installed to increase safety for pedestrians and people on bikes.