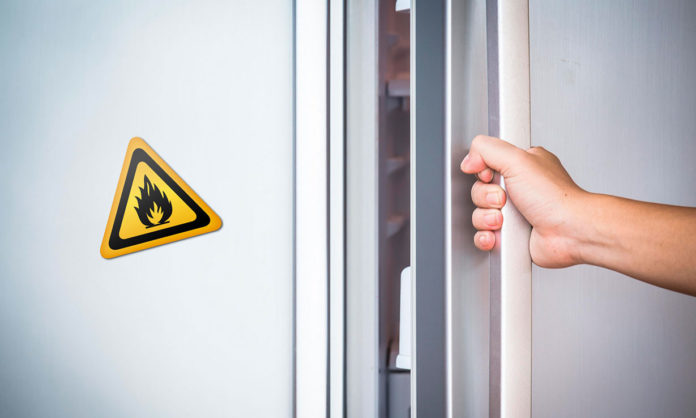 Britain’s biggest electrical retailers are continuing to sell more than a hundred plastic-backed fridges, freezers and fridge freezers even though this type of backing has been shown to pose a fire risk, a Which? investigation has revealed.

Tests by the consumer champion have found that the plastic backing used on fridges and freezers can be extremely flammable and, in the event of a fire in your home, can dramatically accelerate the spread of flames. Following the latest research, Which? is calling on all retailers to immediately remove the potentially unsafe products from sale.

The London Fire Brigade and Electrical Safety First have also warned about the dangers of flammable plastic backing and an electrical fire expert stated in a report for the Grenfell Tower Inquiry that plastic casing is combustible and will contribute to the spread of a fire.

After warning over the safety of flammable plastic backing last year, Which? launched an investigation into how many of the products were on sale across AO.com, Argos, Currys PC World and John Lewis, which are the four largest retailers for this type of appliance.

On 21 January, AO.com’s website was displaying 173 plastic-backed models – more than any other retailer.

All four retailers said that they now have fewer plastic-backed products on their websites than they did on 21 January. Some of the retailers said this was down to the fact that products listed on their own websites were incorrectly listed as plastic, when they were actually metal backed.

The confusion caused by retailers incorrectly listing their products highlights concerns that some are not providing customers with accurate information about the backing of their appliances – making it difficult for consumers to know if they are buying a fridge that could pose a risk to themselves and their families.

However, even with the updated listings, it is estimated that there are still between 148 and 241 plastic-backed products available, with the largest number on sale at AO.

After being approached with the results, AO committed to stop selling the potentially unsafe models by July. However, Currys PC World and Argos did not commit to a date that the products would be removed from sale.

John Lewis & Partners said two of the three it had on sale were incorrectly labelled as plastic, with the other listed in error and subsequently removed. In a win for Which?’s campaign, the company said that it hadn’t sold a plastic-backed refrigeration appliance since April 2018.

While plastic-backed fridges, freezers and fridge freezers for sale on the market pass existing standards, Which? believes current safety tests that the products must undergo are not fit for purpose and do not come close to replicating a real house fire.

Which? wanted a stronger standard to be introduced earlier, that uses a real flame and requires the backing of all fridges, freezers and fridge-freezers to be made of non-flammable material,  but now doesn’t expect to see it come into force for several more months.

Since details of the new standard were announced, positive steps do appear to have been taken by some manufacturers. A majority of the most common brands on sale across the four retailers said that they had already stopped making and supplying plastic-backed fridge freezer models to UK retailers.

Yet, even when the standard is introduced, retailers will still be allowed to continue selling these plastic-backed appliances to get rid of existing stock, although it is not yet clear how much time they will be given to do so. Which? believes that this is unacceptable due to the safety risk the products potentially pose, and retailers should remove them from sale immediately.

Although fires due to refrigeration faults are rare, the lifespan of these goods can be more than 10 years – meaning refrigerators with flammable backs could pose a safety risk to consumers for years to come.

“Responsible retailers need to put the safety of their customers first. They need to take immediate action to remove these products from sale, rather than allowing products to enter people’s homes that could pose a fire risk for many years to come.”