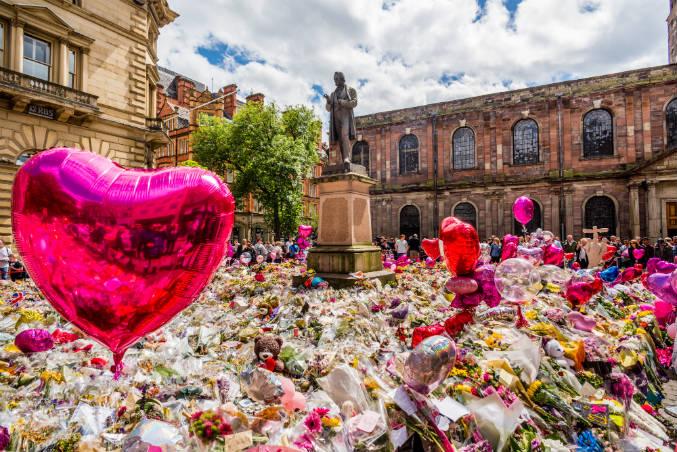 Around 4,000 people representing more than 80 choirs have applied to take part in the Albert Square event on stage from 7.30pm to 9pm on Tuesday 22 May 2018, culminating in a mass singalong for the final half hour.

The event will see people come together in the same spirit of solidarity and compassion which Manchester, Greater Manchester and beyond showed in the aftermath of last year’s attack – and in which music played an important part.

The choirs will be led by Dan McDwyer, the choirmaster who directed Parrs Wood High School in Didsbury whose moving tribute to the 22 people who lost their lives in the attack went viral last May.

Full details of the line-up and programme of songs will be announced next week.

Members of the public are encouraged to come along to share in the moment and add their voices to the singalong.

But for those who are unable to do so, there will still be plenty of opportunities to join in wherever they are. The singalong will be broadcast live on BBC Radio Manchester and Key 103.

It will also be shown live on the big screen in the Piazza at MediaCityUK and played over the PA systems at Manchester Airport as Greater Manchester comes together.

Sir Richard Leese, Leader of Manchester City Council, said: “There was a remarkable response to last year’s terrible events as people united to show their strength, solidarity and refusal to give in to hatred. Once again thousands will join together with one voice, marking an emotional anniversary in a fitting way.

“The overwhelming interest in taking part in this event shows once more the extent to which this is a place with music in its soul.”

Dan McDwyer said: Music to aid healing is proven and is even more impactful when people come together in numbers. To harness the power of communities in one voice will be a special moment that I am honoured to be asked to conduct and to be a part of.”

This is a damning report and those responsible should be held to account says...