SAVE Britain’s Heritage along with other national and local heritage organisations is calling for an independent public inquiry into the highly controversial tower proposed for Manchester’s historic core.

The proposals were given the green light this week by Manchester City Council.

The organisation have requested the Secretary of State Sajid Javid to ‘call-in’ the proposals for a public inquiry follows a petition signed by over 5,000 people urging the government to take action.

Given the massive and unprecedented impact this proposal will have on this highly sensitive part of the city, Manchester Civic Society and The Victorian Society are also calling for the Secretary of State to step in.

Henrietta Billings, director of SAVE, says: “Manchester could have a world class, contextual development including a 5* hotel on this site by working with the existing buildings and the surrounding historic streets, instead of crashing in with a 40 storey tower. Conservation Areas are meant to protect important streets and spaces from exactly this type of overscaled scheme. We need an independent public inquiry to fully assess its impact.”

Margaret Collier, executive member for conservation and planning, Manchester Civic Society, says: “In Manchester, and beyond, many ordinary people are holding out the hope that the Secretary of State will use the powers given him by parliament and intervene here, so that the quality of this decision can be reviewed by an independent body.

In our view, the narrowness of the margin of Historic England’s determination of Harm sits uneasily with the opposing judgements of all the professional bodies who seek to guard our heritage from damage. The case has exposed a real issue on what constitutes a public benefit when deemed to offset damage to heritage assets. This extends to how such a benefit is assessed. In addition, there is a perceived problem when a planning authority has an interest in the case it is deciding, as has happened here. As such, the issues raised by this approval need authoritative clarification at the highest level, before they create the need to review further pressures on heritage assets and those who seek to protect them.”

Ahead of the committee meeting, SAVE issued a report rebutting many of the claimed ‘public benefits’ of the proposals such as luxury flats and a five star hotel which the developers claim will come with the scheme. This is crucially important as during the decision-making process, the planning authority must weigh up proposed harm to conservation against public benefits that will be brought as a result of the development. 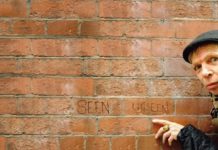 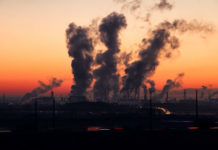