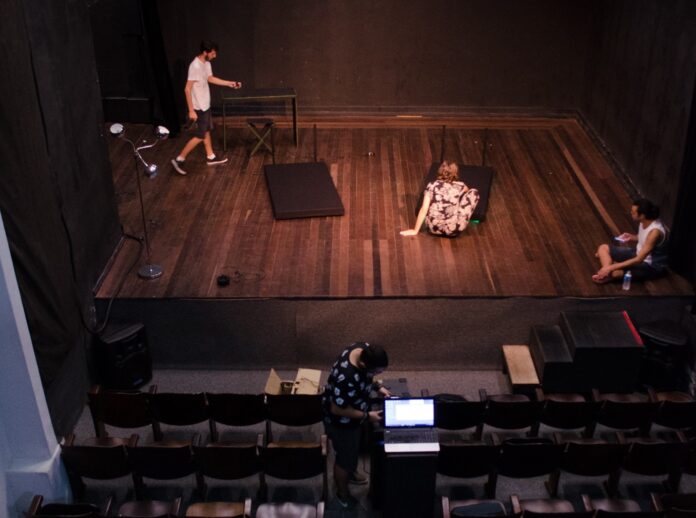 It’s no secret that Covid has changed the way in which everyone in the world is working and living. But there’s an industry that seems to have been forgotten as the world begins to open up, and it’s an industry many of us have come to rely on – whether we realise it or not. Even during more ‘normal’ times because of the nature of the ‘art world’ many artists are vulnerable, but add in closed galleries and theatres, cancelled commissions and concerts, the arts sector, without support begins to crumble.

The impact of Covid on the arts sector

The UK arts scene is worth billions to the economy, but the last year has left a huge number of people left within the sector forgotten. Despite the government’s efforts to prop up the creative sector, which is worth £11.7bn, even some of the most successful artists were left slipping through the cracks.

While the government may have distributed £409m in grants to arts organisations, saving venues does not necessarily equate to support for struggling artists, particularly with social distancing restrictions making it hard for venues (when they reopen) to fill enough seats to make opening profitable.

In October, Sunak sparked outrage when he seemed to suggest that those in the arts unable to work should consider retraining. Which was only exacerbated by government advert encouraging a ballet dancer to retrain in IT. Though the UK chancellor later claimed he was misquoted, his comments reinforced the view that the sector was being undervalued and misunderstood.

While the efforts to save venues have been widely welcomed, it could be argued that not enough is being done to support individuals. Self-employed workers were excluded entirely from the initial furlough scheme. Though that was later rectified, many working in the arts still find themselves unsupported as they typically worked on temporary contracts or through a mixture of self-employment and pay-as-you-earn.

Many artists have been hugely impacted by the Covid measures imposed by the government. And while some sectors have been able to adapt and use digital solutions, for other sectors this has not been possible.

The arts is a sector that thrives on in-person connection, and the loss of an audience is disastrous, as many artists consider the audience to be just as important as the piece of art or performance itself. Yet resilient performers, institutions, galleries, even entire art fairs, are moving to the digital arena, using streaming services and virtual reality, manifesting live concerts on the gaming app Twitch, organising Instagram dance parties and launching online-only spaces. Not only has this enabled survival, but it has opened them up to new audiences. 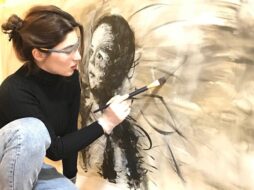 And it’s not just swapping to a digital platform that’s enabled survival, some artists have changed their medium completely, like Ana Barandiaran. A tattoo artist who had to find alternatives to survive after lockdown and no furlough entitlement left her unemployed and with no income.

She says, “During pandemic times, it´s important to adapt in order to survive in the creative industry. I jumped from tattoos to wall art, which it has become my new job.” While they may sound like two different disciplines, she notes that it’s not that different, “As an artist, I always need to protect myself from paint and blood (when tattooing) with gloves and safety glasses, same PPE for two different environments. And the art is the same, just a different canvas. “

If artists are able to adapt, they have a greater chance of survival.

Lockdown as a creativity and art trigger

This isn’t the first time artists have been forced to isolate. Depending on the situation, a time of solitude can be welcome and can lead to previously unimagined levels of creativity. Artists throughout time have found that solitude – whether by choice, like the painter Alfred Wallis, or by force like Gülsün Karamustafa who was incarcerated in Turkey for aiding and abetting political activists after the military coup of 1971, have found that lockdown can be a trigger for great introspection and creation.

But it’s not just solo projects that have flourished in a time of lockdown. There has been no shortage of community projects like the one found in Plymouth. Plymouth’s Artists Together group has created a new network of artists who have worked tirelessly to bring some colour and personality to many of the buildings in the area. 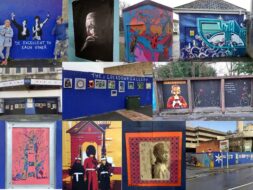 We had the chance to catch up with Mike Vosper, the organiser of the movement and the Facebook group where they connect. “The initial plan was to decorate many different areas in the city with street art, graffiti, etc., but when the second lockdown started, artists had to leave the streets.” The community loved the idea, so the group got some funding from local businesses to buy white boards.

“We then agreed to leave the boards in a place where locals could collect them and create their artwork at home. Afterwards, they would return the boards and we would place them on a street wall” This is how the Lockdown Gallery was born. It´s been a great addition to the Plymouth community, both by helping with mental health challenges derived from lockdown, and by greatly improving some neglected spaces in the city. “People appreciate what we are doing and we often receive really positive feedback” Mike says. Even the local MP Luke Pollard supported the activity with one of his artworks.

The art scene is facing an inflection point, but artists keep developing their inspiration and creativity while looking for ways to survive in the industry.