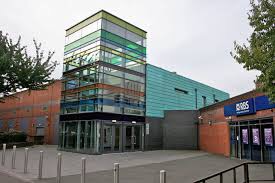 This year is the Silver Jubilee of Manchester Academy and the venue has announced a season of anniversary shows including the band who open its doors for the very first time back in October 1990.

That band were the Buzzcocks and they are joined in a series of concerts in October this year by former Joy Division and New Order bassist, Peter Hook in three special sets with his talented backing band The Light, former Jam bassist Bruce Foxton and a set from the Wedding Present.

The Academy’s roots go back to the 1960’s as the Student Union Bar of the University of Manchester in the Main Debating Hall (now Academy 2), with performances from the likes of Humphrey Lyttleton, Little Eva and The Who.

The saw amongst others The Velvet Underground, Supertramp and AC/DC. While the 80’s saw the opening of The Hop & Grape (now Academy 3) and some performances from legends such as John Peel, The Pretenders and The Vapours.

The Academy 1 was opened in 1990 with a show from the Buzzcocks and has since seen some incredible performances from everyone from The Ramones and Sonic Youth, to The Foo Fighters, The Beastie Boys, Kylie Minogue & Eminem.

Tickets for the gigs go on sale on Saturday 21st from 9.00am

Two dead after car ploughs into pedestrians at Whythenshawe hospital